Foss Patents reports that Apple’s US Patent No. 7,479,949, a key multitouch patent usually referred to as “the Steve Jobs patent”, was tentatively declared invalid by the United States Patent and Trademark Office and will be the subject of a reexamination process. 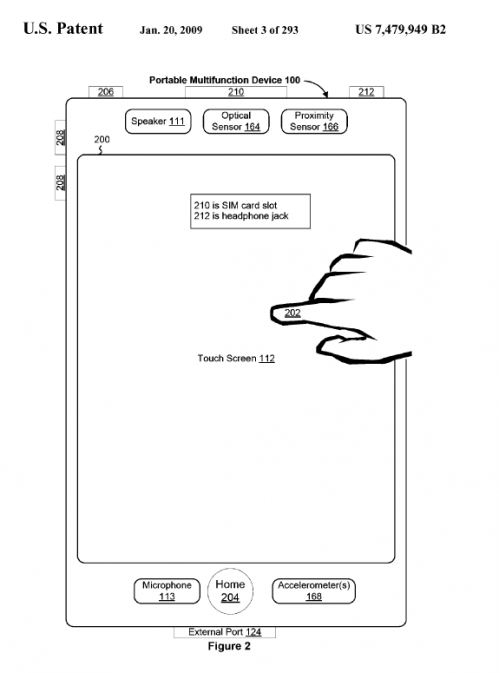 The ‘949 patent was successfully asserted against Samsung during the summer trial, but this week, the UPSTO issued a first Office action rejecting all 20 claims of the patent.

UPSTO granted “the Steve Jobs patent” back in 2009, and it is for “a touch screen device, method, and graphical user interface for determining commands by applying heuristics”. Considering that the legal fight between Apple and Samsung is far from over and none of the parties want to put their weapons down — as asked by Judge Lucy Koh. A permanent invalidation of the patent could be fatal for Apple, as it successfully asserted it in many of its patent fights.

Florian Müller, however, cools down the spirits:

Some people say that first Office actions are partial because they are based only on submissions made by those challenging the patent, and many examiners like to take a tough position early on in order to enable and require the patentee to present the strongest arguments in favor of validity. But it would be a mistake to underestimate the significance of a first Office action. Also, a complete rejection of all claims of a given patent is potentially more devastating than one affecting only some claims.

This is the second time in less than 60 days the US Patent and Trademark Office issued first Office actions pushing essential Apple patents into the reexamination process.