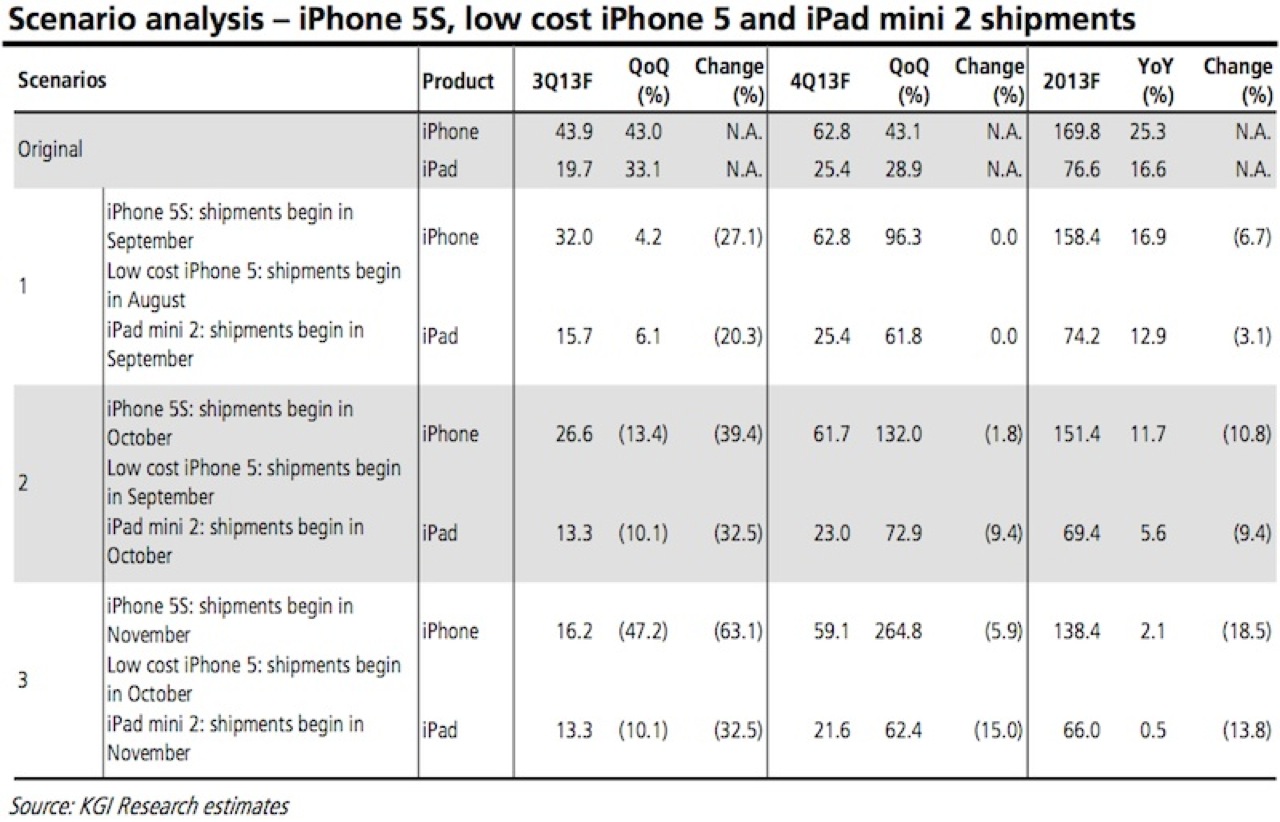 KGI Securities analyst Ming-Chi Kuo has released a report today, claiming that Apple may delay the launch of iPhone 5S, the second generation iPad Mini and a cheaper iPhone due to a number of production issues currently being faced by the Cupertino company, MacRumors is reporting. Contrary to the analyst’s previous predictions and general market consensus, Apple’s third quarter may see much smaller shipment growth than expected, he added.

However, since Apple has not officially announced launch plans for any of these devices so far, claims of “delays” are only relative to routine market expectations.

Regarding details on the challenges facing Apple, Kuo points out the following issues:

– Fingerprint sensor for iPhone 5S. Work on finding the right color coatings in order to prevent interference with the sensor offers a technical challenge for Apple, and software integration in iOS 7 will also require additional work.

– Color coatings for lower-cost iPhone. Apple’s lower-cost iPhone has been rumored to be arriving with a plastic shell in a number of different colors, and Apple’s efforts to keep the shell as thin as possible will likely lead to production ramping issues for coatings and surface treatments.

Subsequently, Kuo predicts that Apple will see less than 10% growth of total iOS device shipments year-over-year for Q3 of 2013, which is far below current market expectations of 30-40% growth.