Apple has released iTunes 11.0.3 to add new features and improvements including a new MiniPlayer which now includes a new view to showcase your album artwork, plus a progress bar is built into the player.

If you click on the album art thumbnail there is also a larger album view: 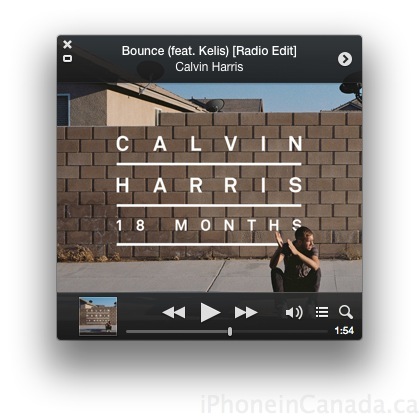 There is also a new improved Songs View so you can enjoy your album artwork in Songs view, plus multi-disc albums now appear as a single album.

Aside from these updates there are also performance improvements when searching and sorting large iTunes libraries. You can get the latest update by going launching the Mac App Store and going to the Updates tab.