NYT: Apple Executive Shuffle Could Result in the End of Skeuomorphism

The New York Times notes the recent executive shuffle at Apple, specifically the firing of iOS chief Scott Forstall could lead to the end of skeuomorphism, which many higher ups opposed. 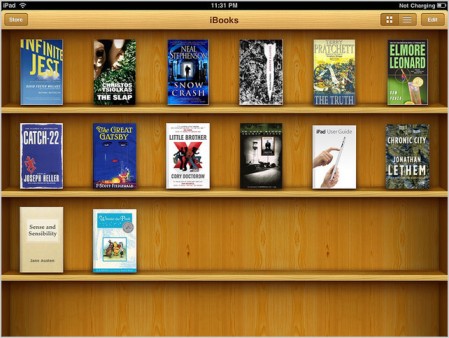 It is an open secret that Scott Forstall was Steve Jobs’ guy, and according to the NYT sources the former Apple CEO

“pushed the company’s software designers to use the linen texture liberally in the software for the company’s mobile devices. He did the same with many other virtual doodads that mimic the appearance and behavior of real-world things, like wooden shelves for organizing newspapers and the page-flipping motion of a book,” according to people who worked with him but declined to be named to avoid Apple’s ire.

Now that Forstall is leaving Apple, the next update will likely shift away from these visual tricks. Jony Ive, who took over direction of Human Interfaces across the company, is also a veteran at Apple: he has long been responsible for the minimalistic design of Apple’s products.

However, as an anonymous source cited by the NYT says

“Ive has made his distaste for the visual ornamentation in Apple’s mobile software known within the company,” according to current and former Apple employees who asked not to be named discussing internal matters.

But Ive isn’t the only one disappointed by Forstall’s choice for software design.

Axel Roesler, associate professor and chairman of the interaction design program at the University of Washington, believes Apple’s software design needs an update: “It has become larded with nostalgia [and] unnecessary visual references to the past”. Criticism is flowing from all over, with designers pointing to a couple apps and icons featuring a visual reference that, for example, people under 40 may have never seen.

A former senior UI designer who worked closely with Steve Jobs at Apple says as cited by Austin Carr:

“I feel like [Apple] has concentrated too much on mimicking the visual skeuomorphic approach rather than concentrating on the actual functionality.” For example, in iOS 6, the latest version of Apple’s mobile operating system, Forstall recently demoed an animated paper shredder, which will be used to delete e-tickets and coupons. How many iPhone users have ever actually seen a paper shredder in real life? Is it necessary? Or just visual masturbation? “To me, it’s lipstick on a pig,” says the source intimately familiar with Apple’s design process. “There’s no need to add glitter if the product can stand on its own.”

This translates into the question: what do modern users need? Are the visual metaphors Apple uses really outdated?

According to Yves Béhar, the founder of fuseproject, which is best known for designing the Jawbone and original One Laptop Per Child PC, excessive digital imitation of real-world objects creates confusion among users, as they don’t work like real objects. In addition, visual metaphors could be outmoded in the eyes of many, like Gadi Amit, renown for the Lytro camera and Fitbit design, points out.

The solution? We don’t know yet. But the sources both the NYT and Fast Company cites are amazed by Microsoft’s fresh approach, which distances itself from skeumorphism and puts an accent on a flat user interface that’s minimalist to the core. One thing they fail to mention, however, is that some visual elements, such as mail and camera, are the digital remakes of real objects.

What do you think: Does Apple’s mobile software UI need refreshment? Maybe a more Microsoft-like, simplistic approach suggested by some considering Ive’s minimalistic approach to design?

December 1st marks World AIDS Day and Apple is continuing to support Global Fund in its worldwide fight to stop AIDS. In doing so, Apple Stores around the world are promoting (PRODUCT)RED displays and products. Additionally, Apple is promoting apps, videos, and other materials on its products to help increase visibility. Since 2006, Apple has...
Steve Vegvari
19 hours ago