Testimony Finally Comes To An End In Apple Vs. Samsung Patents Infringement Trial

Apple called a number of witnesses to the stand today in order to counter the testimony from Samsung’s experts, after which U.S. District Court Judge Lucy Koh said, “We are done,” putting an end to nearly fifty hours of testimony heard by the jury, according to AllThingsD. Both Apple and Samsung have now rested their case in their mega patent suit against one another. Now we need to wait for closing arguments with jury deliberation which is set to take place next week. 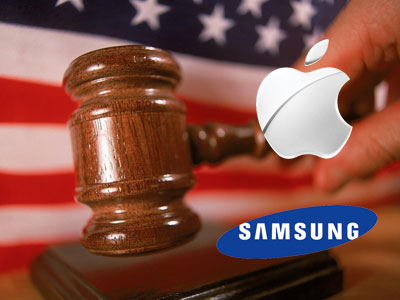 Testimony ended with a rapid-fire succession of witnesses as both Apple and Samsung raced against the clock. Koh limited each side to 25 hours of testimony before the jury.

The two sides still have to finalize the instructions that will be given to the seven men and two women who will decide the case. Each side will also be able to deliver two hours of closing arguments on Tuesday before the jury starts its deliberation.

The jury will have to unanimously agree that a particular patent is valid and infringed by a particular device in order for a finding of infringement. There are dozens of different phones and tablets at issue in the case, in addition to the many patents.

An Alaskan snowmobiler who found himself in need of assistance is the first reported person to utilize Apple's Emergency SOS via Satellite service. According to Alaska State Troopers (via 9to5Mac), an adult male travelling from Noorvik to Kotzebue on a snowmobile activated the Emergency SOS via Satellite service on his iPhone. On December 1st, at...
Steve Vegvari
23 hours ago

The operating system (OS) for Apple's long-rumoured mixed reality headset is now reported to be dubbed "xrOS." This naming convention comes following reports that Apple was naming its AR/VR headset OS "RealityOS." In a report from Bloomberg, Apple's new naming convention appears to have come out of nowhere. However, the report goes on to state...
Steve Vegvari
24 hours ago