A date has finally been set for 5G wireless spectrum auctions by the Federal government, but the timeline is later than what industry players have wanted. 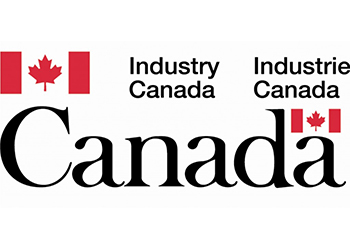 At the 2018 Canadian Telecom Summit, a keynote was made by Navdeep Bains, Minister of Innovation, Science and Economic Development. On top of announcing a $10 per month low-cost Internet plan for lower-income families, the minister finally announced when wireless spectrum auctions would happen in Canada for 5G, now set for 2020, one year after the next Federal election.

The date is one year later than what Telus previously expressed would have been preferred, citing fears the wireless industry in Canada would fall behind as smartphone and network hardware companies proceed to down the path of eventual 5G-capable hardware.

A government press release says “Canada’s new five-year plan for wireless spectrum releases that will promote competition to help drive down prices for Canadians and deliver better quality and coverage.”

Bains emphasized “We remain focused on the three elements of telecom service that matter most to Canadians: quality, coverage and price. We are also dedicated to ensuring that underrepresented groups can access the new skills, jobs and opportunities that are available online. We’re building on the progress we’ve made to promote telecom competition and help prepare Canada for emerging new technologies such as smart homes and connected cars.”

Prior to his keynote today, Bains told reporters “We will still be ahead of Australia and Germany and will be (among) the top five countries when it comes to making spectrum available for 5G,” reports CBC News.

As for the 5G wireless consultations, auctions will take place in 2020 and 2021, with the first auction for the 3500 MHz band, widely preferred for 5G networks. The 2021 auction will be for an additional 1 GHz of millimetre-wave spectrum, reports the Financial Post.

For the 600 MHz band, set to take place in March 2019, the Federal government already has set aside 43% of the 70 MHz of available spectrum for newer entrants and smaller players, aimed at spurring wireless competition.

Torontonians and experts are once again calling for Rogers, Bell, and Telus to provide underground cellular service on the Toronto Transit Commission (TTC) subway amid an uptick in violent incidents, including stabbings, armed robberies, and assaults, on the line in recent months — reports CityNews Toronto. In 2012, BAI Communications won a 20-year, $25 million...
Nehal Malik
10 hours ago