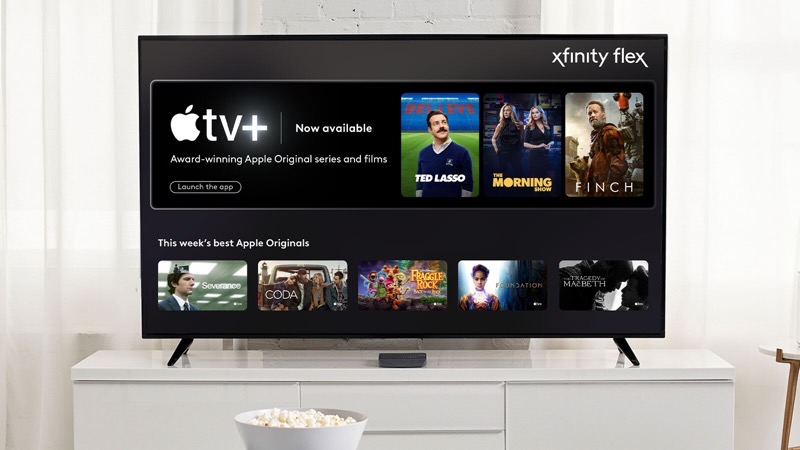 U.S.-based Comcast announced on Monday it has launched the Apple TV+ app on Xfinity Flex, XClass TV and Xfinity X1 platforms. Back in December, Comcast said Apple TV+ launched on partner Sky on customer devices in the UK and Europe.

“With the launch of Apple TV+, our customers now have access to all of today’s most popular streaming services through our aggregated user experience and award-winning voice technology,” said Sam Schwartz, Chief Business Development Officer, Comcast, in a statement. “By leveraging our global technology platform, our partners can distribute apps on one tech stack to reach tens of millions of viewers.”

The further expansion of Apple TV+ on Comcast’s platforms such as Xfinity X1 means it will likely reach Canada at some point, as Rogers, Shaw and Videotron also use the cloud-based IPTV platform.

It means Apple TV+ will be able to reach more audiences if it were to debut on Xfinity X1 platforms in Canada, plus eliminate the need for TV customers to buy hardware to stream Apple TV+ on their televisions, if not already supported.

Apple TV+ integration into the Infinity X1 platform means you can say “Apple TV+” or a show’s name into included voice remotes, to launch the service.

Comcast says it is offering a free 3-month trial to new Apple TV+ customers as part of a promotion to celebrate the launch.

Here are the latest Canadian cellphone plan and device deals, plus other promos from wireless carriers such as Rogers, Telus and Bell, from our partner PlanHub. As always, the promos may change at the last minute, but here they are as of Wednesday, November 30, 2022. Check them out below… Bell Noticeable price changes: Get iPhone 14 […]
IIC Deals
5 days ago