Yesterday Rogers launched a sale on 16GB and 32GB iPhone models for $99 and $199, on three year terms. It takes three to tango when it comes to wireless carriers in Canada, and as expected TELUS and Bell have also slashed their iPhone 5 prices, with the former making changes to its website just after midnight (thanks @CmonanAimo).

Here are the discounts: 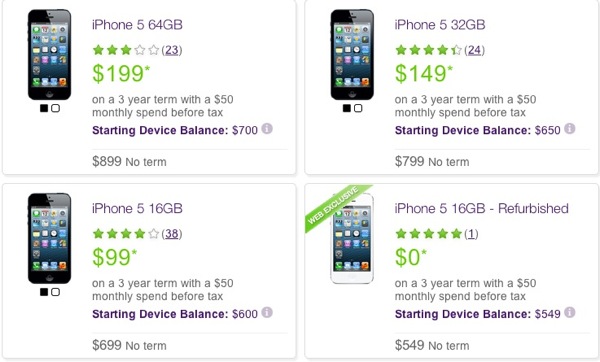 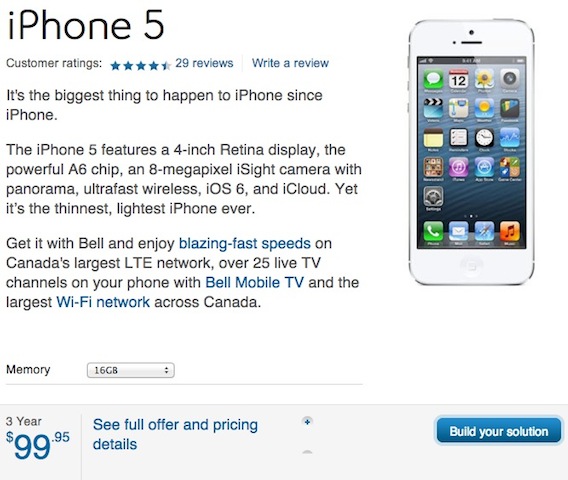 As you can see from the above, TELUS has one-upped the others by discounting the 32GB iPhone 5 by $130 off its regular price and $180 off the 64GB model. But of course, they do require three year terms, which are rumoured to soon disappear.

These are massive discounts, the steepest we’ve ever seen on the iPhone and the fastest, as the latest flagship device is less than six months old. With rumours of an iPhone 5S launch coming sometime this summer, it looks like the race to clear existing stock is on.

Even though people complain about three year contracts, it’s not hard to see why consumers have a hard time resisting these massive subsidies on iPhone hardware, especially now that they can be unlocked after 90 days. Let us know what you think about these sales!