If you’re in Alberta, the wireless kiosks inside Costco have an ‘exclusive’ for the province right now for those looking to purchase an entry 16GB iPhone 6 with Bell.

The following poster advertises an iPhone 6 for just $2.99, because the bonus comes in the form of a $75 Costco gift card. 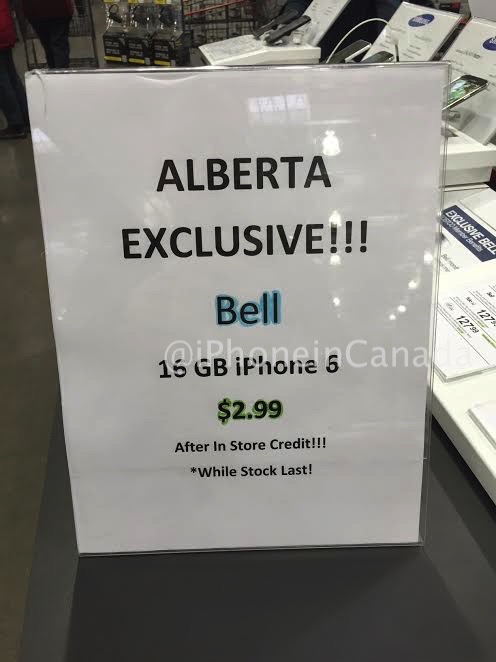 The promo is available for new activations and hardware upgrades and is for today only, until supplies last. Stores most likely will be closing soon so if this interests you, maybe it’s the time to jump on this ‘offer’.

OpenMedia is calling on Innovation, Science, and Industry (ISED) Minister François-Philippe Champagne to take immediate steps to halt the rapid decline of Internet competition in Canada, with the non-profit saying "Internet choice and affordability in Canada approaches breaking point." Even though the federal government announced a new telecommunications policy direction for the CRTC in May, competition...
Usman Qureshi
18 hours ago