Rogers and Fido released a carrier update today to support iPhone Wi-Fi Calling in iOS 9, for iPhone 5c users or higher. While TELUS confirmed it did does support the feature at this time, it now appears Bell will also bring forth iPhone Wi-Fi Calling, according to an updated Apple support document, which lists the carrier with Rogers, for Canada: 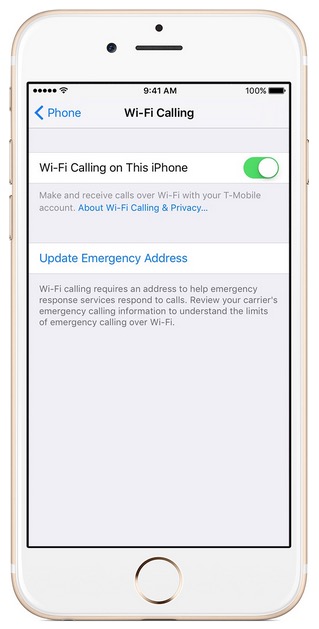 As you can see from Apple’s list above, there are only 9 carriers listed worldwide that support Wi-Fi Calling for iPhone. If and when Bell announces support for iPhone Wi-Fi Calling, then consider Canada lucky to have two carriers support the service.

Given the company’s shared 4G/LTE network with TELUS, you can bet the latter will have to support it too, to keep up with its rivals. Bell did not respond for comment when asked about whether they would support Wi-Fi Calling or not.

Apple also provided the following steps to try if you are unable to enable Wi-Fi Calling:

After iOS 9 was released today, Rogers, TELUS and Bell issued carrier updates for iPhone users.  Stay tuned to see if Bell will officially announce support for Wi-Fi Calling in the coming weeks or so.

If you recently purchased a Samsung Galaxy Z Fold4 or Galaxy Z Flip4, you can get a promo code to stream the 2022 FIFA World Cup free on TSN for six months, as part of a recent freebie. According to Samsung, it explains “once you have received your eligible Galaxy Z Fold4 or Z Flip4 […]
IIC Deals
1 day ago