If you were thinking of switching away from Bell Internet, the latter’s retentions department looks to have a new offer available, to stop you from leaving the company.

According to RFD, one user with the Fibe 500 Internet and Alt TV bundle called in to cancel their internet plan. The Bell retentions department agent came back with the following offer: $54.95/month plus tax for Gigabit Fibe, after a $55/month permanent credit.

Normally, Gigabit Fibe costs $109.95 per month. According to the ‘order summary’ below, you can see the $55 credit applied to Gigabit Fibe, taking it down to $55 per month. 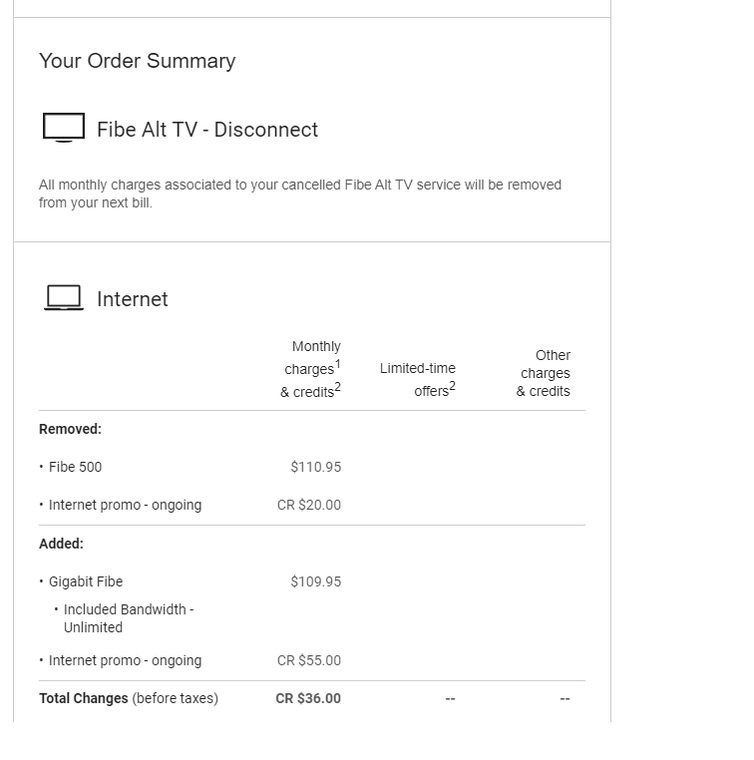 Others on RFD were able to similarly land the Bell retentions deal, which was shared on February 17, 2020. If you have time and patience to call in and are ready to switch away from Bell Internet, you might be able to land this package, if it’s offered to you.