Earlier this morning we learned of Rogers’ $24.99 ‘skinny’ TV pack, posted by the company after it was earlier leaked by an employee to CBC News.

Now it appears a Bell employee has done the same, posting the company’s $24.95 ‘skinny’ TV package on Reddit under a ‘throwaway’ username. The anonymous Bell employee claims “This is not an attempt at fair options, this was purposely crafted to make it undesirable,” referring to the CRTC mandate to offer $25 skinny TV packages as of March 1, 2016.

As you can see below, the starter package contains over 25 channels, which includes U.S. networks and is pretty much identical to offerings from Rogers and Shaw. 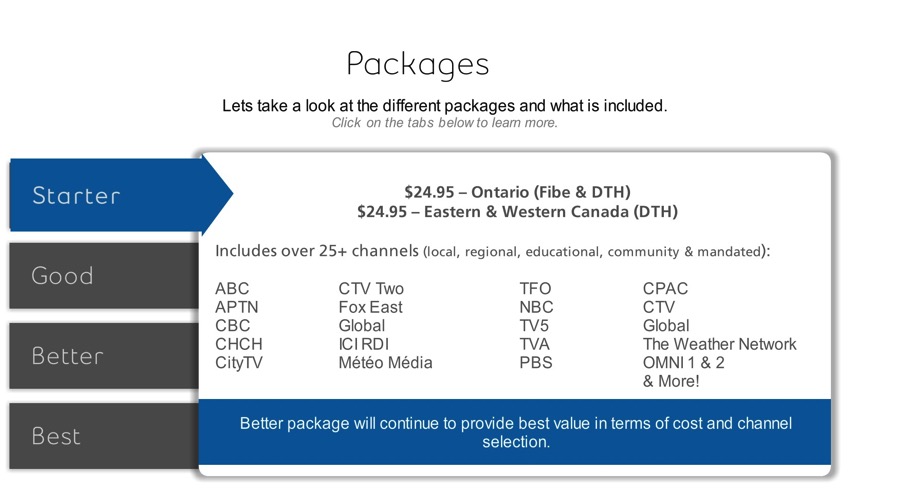 A La Cart individual channel purchases are priced at $4-7 depending on popularity, while custom packs offer 10 channels for $37/month: 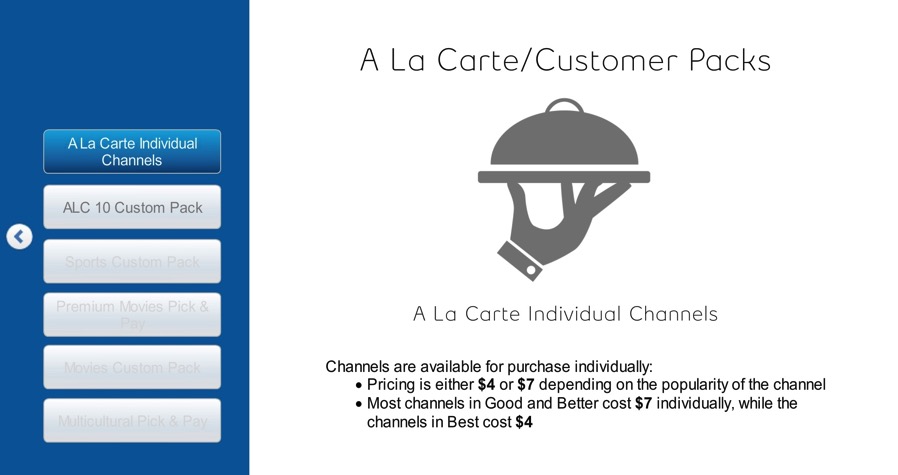 If you want something like HBO, that will cost you $20/month (depending on location), while sports custom packages are either $7 or $15, or a $25 sports pack if the cost of individual channels exceeds the cost of the custom pack.

The Starter pack does not qualify for the $7 bundle discount, nor HDPVR or TV Sweetener offers, notes the fine details. Check out the full slides of the upcoming TV packages, embedded below:

For those interested, Videotron also recently revealed their $25 skinny TV pack, which you can check out here.