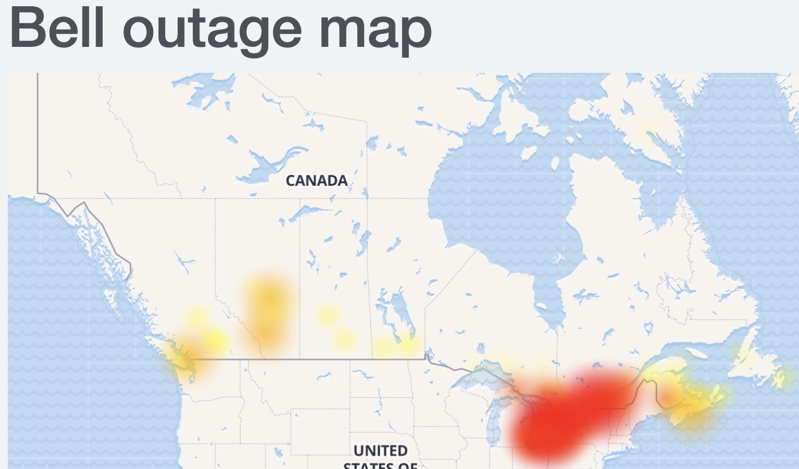 Bell outage map via Down Detector

Some Bell and Virgin Mobile customers are dealing with a network outage right now, unable to make calls or texts.

Reports are coming from Ontario, with some in Ottawa saying they cannot use the network.

@Bell_Support Hi, I think your network is down in Ottawa as well… I can't seem to call or text…

Bell has acknowledged the issue, saying “We are aware of the issue and it is currently being investigated by our internal team and should be restored shortly.”

Other reports are coming from Toronto, Saint John’s, Edmonton and more.

Let us know if you’re unable to use the Bell network and where you’re located.