Bell has increased its unlimited nationwide Voice & Data Plus plan with 500MB of data per month by $5 to $75 per month, moving it in line with similar plan offerings from Rogers and Telus. 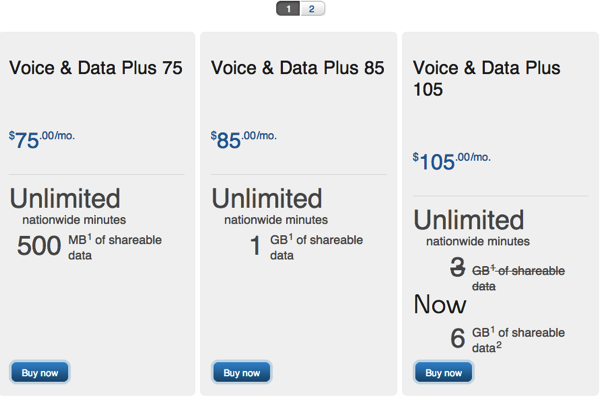 Also worth noting, is at the end of February, the Bundle 8 pricing for iPhone increased to $12 per month (from $8). It includes the following features:

As you can see below, Rogers and Telus offer the same pricing on a nationwide voice and data plan with shareable 500MB data.

With Telus though, for new or renewing customers you can get $5 off your monthly plan: 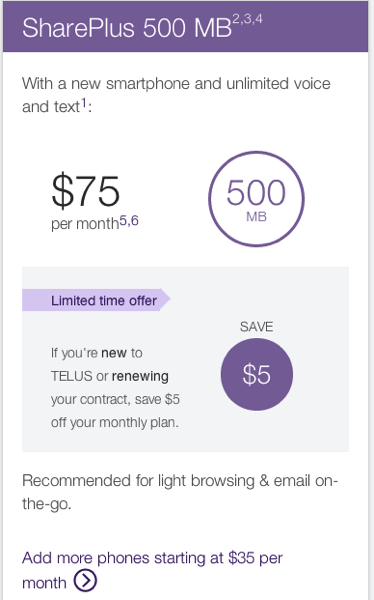