The Source, a consumer electronics store owned by Bell Canada, reportedly sold a Bell Fibe TV package, a landline, a tablet with two-year contracts for high-speed internet, and a cell phone to an 85-year-old, who was visiting the store in Toronto, Ontario, to originally buy a television, reports CBC News. 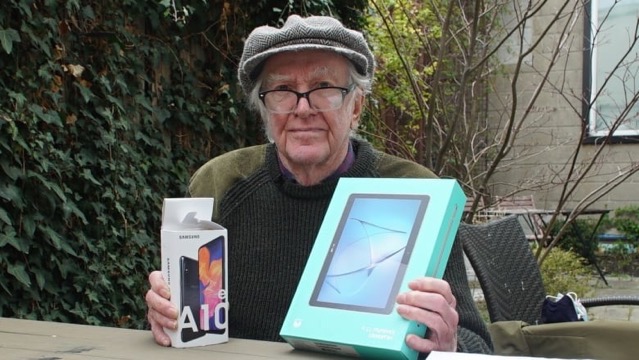 Ross Miller suffers from Alzheimer’s disease and is unsure about what actually happened at the retial store. He already owns a cell phone which he barely uses, doesn’t own a tablet or know how to surf the web.

“The new products and services seemed to have been sold to me without my knowledge, I guess,” Ross said. “That’s the only explanation I can have. I’m still not sure how that happened.”

“He went in to get a TV … and came out with everything except a TV,” said James Ogden. “There’s no justification for what they did, just taking advantage of somebody. It was exploitative.”

An insider who works at another location of The Source said he and his colleagues are encouraged not to ask too many questions when a customer doesn’t appear to have good cognitive function. “We are told to just push through.”

Declining an interview request, Bell eventually refunded Miller and waived the contracts. The company has also launched an internal investigation, saying it does not support high-pressure sales tactics.