Willie Guerard, an 80-year-old visually impaired man from Amherstburg has been handed a cell phone bill of $13,000 by Bell-owned Virgin Mobile.

According to CBC News, Guerard was an active data user and had requested Virgin Mobile to increase his data plan twice since getting the phone in February. 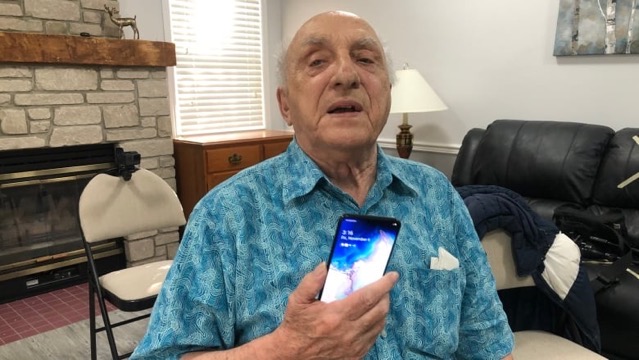 “I paid a bill $144 and the following week after, I get a bill for $5,000 and $7,000 and I don’t know what it’s for,” said Guerard, who had bought the phone at a Walmart earlier this year, knowing there would be a $200 limit on the account and if usage charges went above that, the phone would be cut off.

Virgin Mobile told CBC News that it had removed spending caps on accounts up until July 8 due to the COVID-19 pandemic so that people would not be without service. The company had, however, informed customers they would still have to pay for overages.

After being contacted by the CBC, Virgin Mobile said that while Guerard is no longer a customer, it will be “in touch with him to reduce the outstanding balance significantly.” It says for the months of June, July and August Guerard used 104 gigabytes of data.

A copy of Guerard’s bill from Virgin Mobile lists an amount due of $13,002.53. Virgin Mobile says once 800MB of data occurs in overages, rates increase to $0.15 per megabyte or a whopping $150 per gigabyte. Virgin says the senior used 104 gigabytes of data overages. The only way to hit this much data was either from video chatting or streaming video.

OpenMedia Executive Director Laura Tribe said, “Beyond just a legal or technical obligation, it is wildly unthinkable that someone would hit a $6,000 cell phone bill and it would not in any way trigger some kind of prompt from the company, between the usage at a $60 or $70 per month plan and $6,000, to say something’s wrong.”

Virgin Mobile says it will be contacting Guerard to significantly reduce his outstanding balance, but did not specifically state by how much.

Staples Canada and Bell announced a multi-year exclusive agreement on Tuesday, to sell Bell, Virgin Plus and Lucky Mobile wireless and wireline services at Staples stores across Canada for both consumers and small businesses. Both companies will also partner to sell Bell services to medium businesses through the Staples Professional sales team. Beginning in late […]
Gary Ng
1 week ago