Canadians Outraged Over Wireless in 2016-17, Bell Takes 43% of Complaints: CCTS

The Commission for Complaints for Telecom-Television Services (CCTS) has released their annual report for 2016-2017. 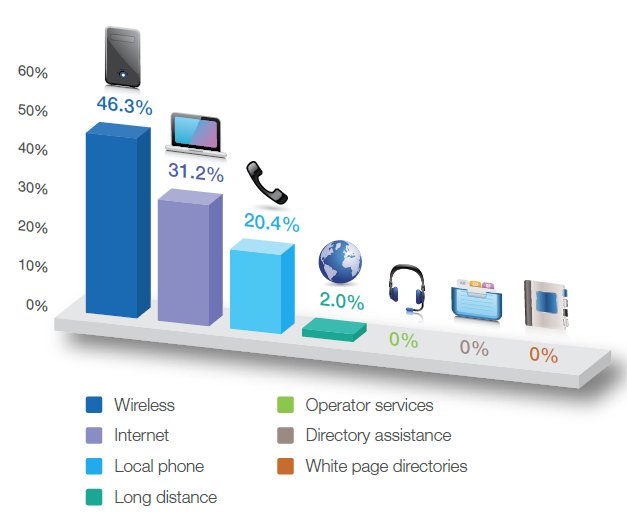 The CCTS is “Canada’s national and independent organization dedicated to resolving customer complaints about telecommunications and television services, fairly and free of charge.”

When it comes to our Big 3 wireless players, Bell led the group with 36% of complaints with 3,247, a 10.4% increase compared to last year, while its flanker brand Virgin took 6.7% of complaints, seeing a surge of 22.3% year over year. Overall, Bell customers filed 43% of all complaints when totalling in Virgin Mobile customers.

Videotron in Quebec saw 3.8% of complaints with 346, seeing a drop of 14% year over year. In a statement, Manon Brouillette, President and CEO of Videotron said “The focus on customer experience is in our DNA.” The company said it was the only wireless company to commit zero breaches of the Wireless Code and the Deposit and Disconnection Code.

CCTS commissioner Howard Maker told The Globe and Mail, “It’s a concern that, for seven years, the proportion of our work that’s related to internet is increasing,” pointing out numerous complaints were related to Bell’s decision to increase prices on Internet and home phone back in February. Bell took 47% of all Internet complaints. 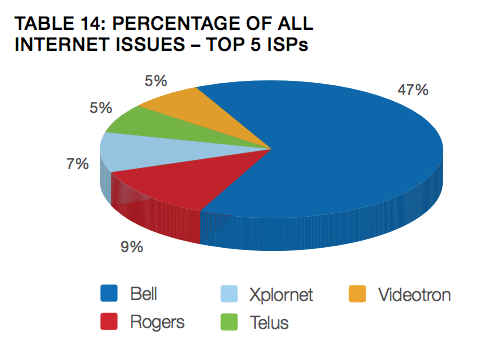 John Lawford, executive director of the Public Interest Advocacy Centre (PIAC) said “It’s not smart to leave internet service, which is just as important as wireless now, without any rules.”

Bell spokesman Marc Choma didn’t respond to an earlier CBC story regarding alleged high-pressure sales tactics being imposed on customers by employees, but did tell the Globe “With the most communications customers by far, Bell does receive the highest overall volume of complaints, but the numbers relative to the industry show we’re making progress.”

Wireless Code alleged breaches investigated were down by 40%, while confirmed Code breaches also decreased, down by 65%. Small business complaints increased 15% and now make up nearly 10% of all complaints.

Despite seeing a trend of wireless complaints seeing a drop like in last year’s report, this year saw complaints increase again.

Rogers, Telus and Bell announced this week they will be waiving all long distance calls and texts made from Canada to Iran. The temporary waiving of charges depends on carrier, postpaid and prepaid accounts, with different end dates. “To help Canadians stay connected to loved ones, Rogers is temporarily waiving long-distance calls and SMS messages […]
Gary Ng
13 hours ago