The CRTC has released their 2015 Communications Monitoring Report today, which details Canada’s communications system and how Canadians are adopting to mobile services.

The Commission notes for the first time ever, Canadians now have more cellphones (20%) as main lines versus traditional landlines (14%), due to more households owning mobiles (85%) than landlines (79%).

When it comes to Internet use, 96% of Canadians now have gained access to 5 Mbps download speeds (including via satellite) over the past five years, compared to 86% before.

Of course with Internet, comes online streaming services such as Netflix, which the CRTC says subscription rates have risen from 29% in 2013 to 58% in 2014 among Anglophones, while 7% to 24% for Francophones in the same time period.

Traditional TV viewing has remained the same, but for Canadians aged 18-34, they watch half the number of hours per week at 20, versus those aged 65 and up (42 hours/week).

Last year, Canadian households spent $203 monthly on average for communication services, up 6.2% year over year, or $12 per month, driven largely by wireless and Internet services.

Jean-Pierre Blais, Chairman of the CRTC, said in a statement “Canadians are increasingly adopting mobile technologies for their communication needs. The 2015 Communications Monitoring Report provides an overview of the changes currently taking place. We invite Canadians, whether consumers of communication products and services, creators and distributors of content or members of the public, to make use of the information in this publication and the two others that will follow, and to take part in our public proceedings.”

As Figure 2.0.1 indicates, the top five broadcasting and telecommunications group/entities (Bell Canada, Quebecor, Rogers, TELUS, and Shaw) together accounted for approximately 84% of total industry revenues, an increase of 1% from 2013. The next five groups (Bragg, Cogeco, MTS, SaskTel, and Telesat) represented a combined 8% of total revenues. 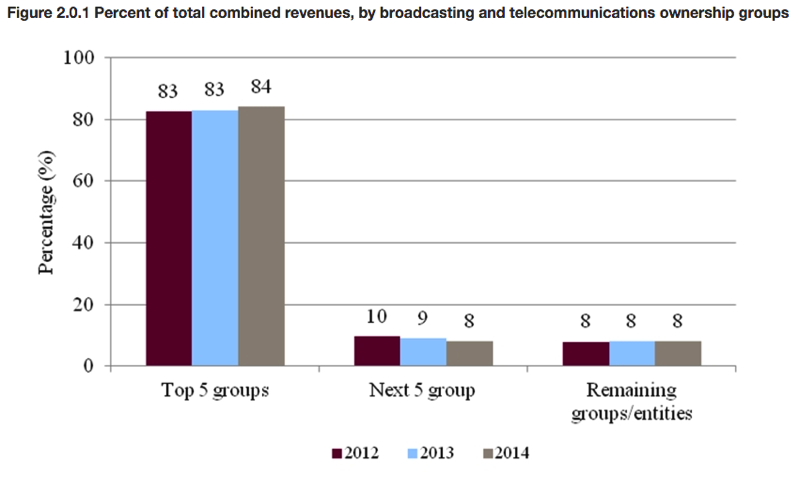 We don’t have a landline and haven’t had one for years. What about you?

Rogers and Shaw today announced an extension of their proposed $26 billion merger, along with the sale of Shaw-owned Freedom Mobile to Quebecor’s Vidéotron in a side deal that's part of the broader transaction, to February 17, 2023. "All parties remain committed to the pro-competitive transactions, which will deliver significant benefits to Canada and Canadian...
Nehal Malik
2 hours ago