MVNOs have failed to launch in Canada as their business models have faced uphill battles in attempts to lease Big 3 carrier wireless networks at reasonable rates.

Chill Telecom, based out of Kitchener, has a basic website created via Squarespace. The company is promising the following wireless plans:

Many on the Internet believe these plans sound too good to be true, especially in Canada, where Rogers, TELUS and Bell command wireless networks and prices.

Skeptical sleuths on Reddit, who discovered the site a couple days ago, picked apart the business model and its claims. This prompted one apparent Chill employee to respond with the following:

Hi Everyone , I’m one of Chill’s team members , we don’t have much web design experience obviously, most of us are software engineers and one business analysist&BD we still don’t have good funding yet, we started our research just last month and we are a really small team of 5 and Yes ,we are independent telecom company (at least that’s what’s planned for the near future ) but for the meanwhile, we are going to operate thru Telus , until we get enough investments and get our own network up and running.

you guys can help us reach people by spreading the word ,so we could really make a change !!

if anyone interested in joining the team or if you have any suggestions for our website or anything feel free to send us your thoughts to CEO@ChillTelecom.com the help will be much appreciated :)!!

According to Chill Telecom software engineer “Roger95”, the company will attempt to use a business model “similar to Israeli telecom companies” but different from GiffGaff.com in the UK, an MNVO which runs on the O2 network.

The MNVO says the green zones on their “coverage map” is part of their own established network, with plans to offering out-of-zone roaming on TELUS, which they say will be announced in late 2016; however, conflicting info on their Facebook page claims an “early 2017” network launch. 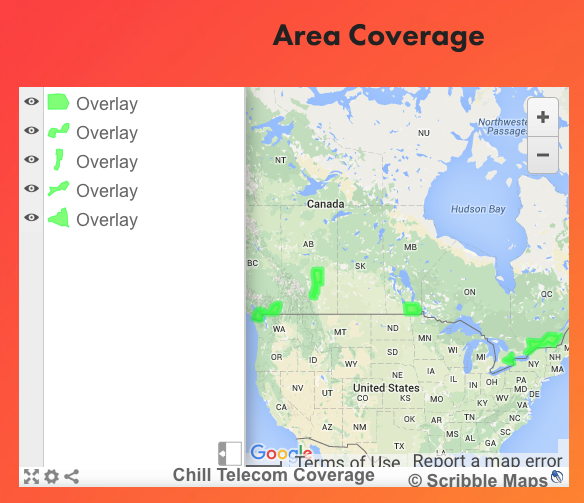 The company, which says it is two months old, wants to “free Canada” from the Big 3, in its response to a question on Facebook:

Since we are just about 2 months old we are just beginning.
all the things you mentioned above like FAQ is underway
but we are starting with a small task force & Limited Resources and we are really working hard to Free Canada from these big 3 and make a change to this market
No one in the Canadian Wireless market is offering that much for that little.

The founder of Chill Telecom is Roujeh Ramadan, a 19-year old based in London, in the UK, but originally from Nazareth, Israel, according to his Facebook page.

He is also founder of Sirius Plus, a heads-up display accessory (concept) for cars, which runs on Android OS using its proprietary software called NUUK. The said device’s application is supposed to be applied to a car’s windshield, priced at $699 USD, according to its failed Indigogo campaign, which only raised $183USD, from its $620,000 USD goal.

Just check out the video below:

Here’s where things start to sound too good to be true (and shady)…the company says “early adopters” can pay $5, $10, or $15 CAD through a checkout page on Squarespace (crowdfunding), to receive the following benefits:

Not only that, the first 2,500 early adopters can get a chance to be one of 20 winners of a new Galaxy S7 Edge and VR headset or iPhone 6s:

if you’re one of the first 2,500 Early Adopters you may be one of the luck 20 who will get the New Galaxy S7 Edge + VR Headset/ iphone 6S

If these guys actually hammered out a deal with TELUS, they most likely would not be able to disclose who their Big 3 roaming partner would be. We’ve reached out to Telus for clarification and confirmation.

The entire website and the information provided seems very sketchy, and I would not support providing any money for pre-registering with Chill Telecom, until signs of actual service go live. This is wireless carrier ‘vaporware’ at this point.

Update: the founder of Chill Telecom sent us an angry email tonight from his Gmail account, threatening to sue us if we didn’t take down our blog post.

Therefore, to accommodate, we’ve updated this post to state facts only. Here is his request to us, which you can read in its entirety:

What do you guys think of Chill Telecom’s wireless pitch–would you consider giving these guys your money?

Update 2: Read an interview Roujeh Ramadan had with Insights for Success here. According to the interview, Chill Telecom has “secured” $180,000 already from early adopters…:

He reiterated many times that the response was overwhelming and completely unexpected. He received 200,000 registrations on his website in the first week and secured $180,000 from early adopters.

He expected a soft launch where he could slowly build his website and marketing/PR material but the coverage was almost immediate and overwhelming.

The demand was so strong that 2 major Canadian carriers took notice and initiated partnership discussions. MR Ramadan will ultimately chose one of them to start the service but isn’t ruling out the possibility of having multiple back end network wholesalers (if the price and terms make sense).

Update 3 (June 22, 2016): A TELUS representative has confirmed via email “we have no relationship with Chill,” adding they first heard about the so-called company from media coverage like ours.

So essentially, Chill’s claim to be using the TELUS network is false. I would not give this company any money. If you did, ask for a refund or get a chargeback on your credit card.

Update 4 (June 22, 2016): Roujeh has emailed us again, claiming we are writing ‘fake’ reviews on their Facebook page, when really it’s Canadians trying to warn others of becoming ‘early adopters’ and paying money: 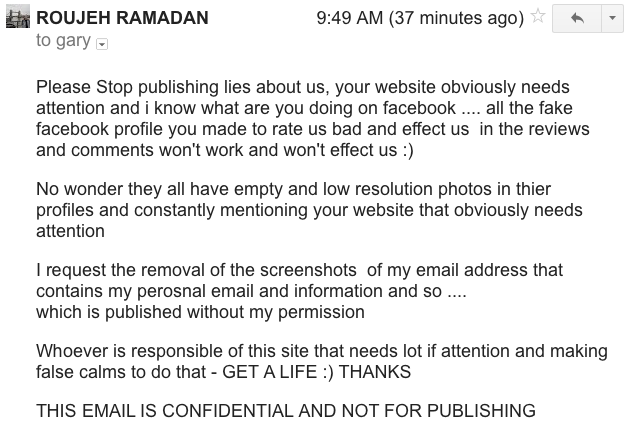