One of the major points they stressed to the CRTC was to have the draft wireless code apply to existing and new contracts, as opposed to just it apply to new contracts after the code is established.

The consumer group trio published their statement and urged “we can heal the sickness that has crept into the wireless market”:

We can heal the sickness that has crept into the wireless market. Consumers are sick of termination penalties designed to keep them locked into long-term contracts. Consumers are tired of locked handsets. Consumers are often in shock after opening a bill where roaming charges or overage fees have been applied.

Talk about strong words to the CRTC about the state of the wireless market in Canada. You can actually watch the proceeding live here on CPAC and watch the carriers answer questions asked by the CRTC. 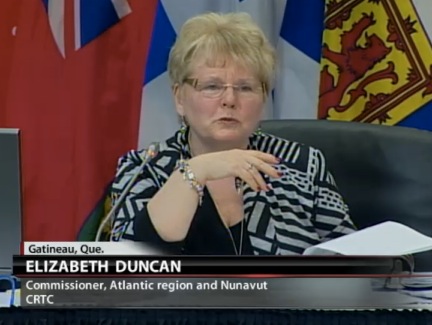 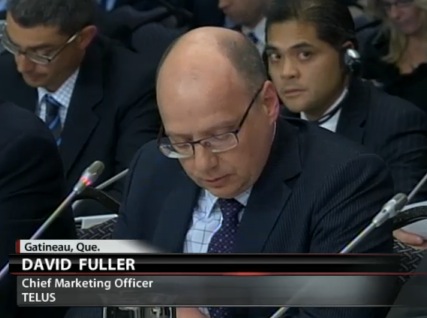 Fuller explained from their data, customers opted for three year tab balances instead of one or two, to defer any up front payments for cellphones. This offer of tab balances (which decrease by a percentage every time you pay your bill) resulted in a decrease in customer escalations by over 30% (compared to dealing with breaking contracts for early upgrades) as it allowed users to upgrade immediately to the latest smartphones, such as the iPhone.

Even the short, summarized explanation caused Duncan to be confused, as the amount of details involved overwhelmed her. Wireless customers in Canada can probable relate when it comes to the fine details users have to read and agree to should they sign contracts.

Earlier, the Competition Bureau also published their response to the initial draft wireless code and stressed a ban on locked phones and lengthy contracts. You can enter your comments here to the CRTC until February 15th.