CRTC Chair Accused of Bias, Should Recuse Himself on Internet Matters: CNOC 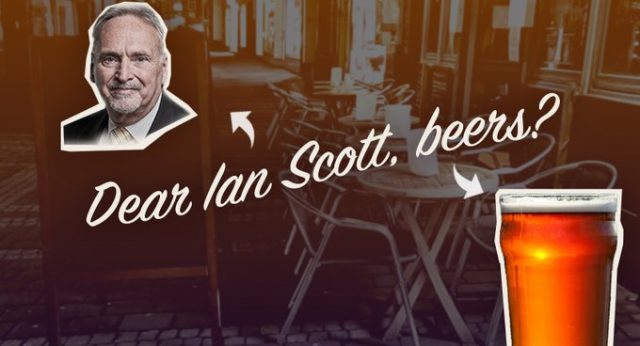 The Competitive Network Operators of Canada (CNOC) on Thursday filed an application calling for Canadian Radio-television and Telecommunications Commission (CRTC) chair, Ian Scott, to recuse himself from proceedings and rulings on internet competition or be removed by the commission — reports The Star.

According to the CNOC, a collective of more than 30 independent, smaller internet service providers (ISPs) in Canada, Scott appears impartial in his decision-making.

The application was filed after the CRTC chief recently defended a December 2019 meeting at an Ottawa pub with Mirko Bibic, now-CEO of Bell, saying it was just “a beer” with a friend where “nothing inappropriate was done.”

This is the latest in a series of official challenges to the CRTC’s May 2021 ruling that hiked wholesale internet rates for Canada’s smaller ISPs back up to 2016 levels. Smaller telecom players in the country pay larger operators like Bell and Rogers for access to their networks, reselling that service to their own retail customers.

Last year’s CRTC ruling reversed an earlier decision that granted smaller ISPs lower wholesale rates. The move has been appealed on many fronts by the CNOC and independent providers, and Scott’s conduct and alleged bias has often been a central part of their arguments.

The CNOC and independent ISP TekSavvy have filed separate petitions asking the federal cabinet to overturn the May 2021 ruling, and the Federal Court of Appeal has said it will hear a case brought by TekSavvy.

“This isn’t personal. This is about the professional integrity of a very important institution,” Geoff White, Executive Director and General Counsel at CNOC, said in an interview before filing the application on February 3, 2022.

The collective is demanding that Scott step aside from decisions relating to small ISPs until after the Federal Court of Appeal rules on the case.

“It’s the fact that he seems to assert that it wasn’t a problem,” added White. “The courts have been very clear that such conduct, even the appearance of bias is not permissible.”

The federal cabinet has until May 27 to respond to petitions filed by the CNOC and TekSavvy disputing the CRTC’s ruling on wholesale internet rates. However, there are no firm deadlines for the CRTC to respond to the recusal application filed against Scott by the CNOC.