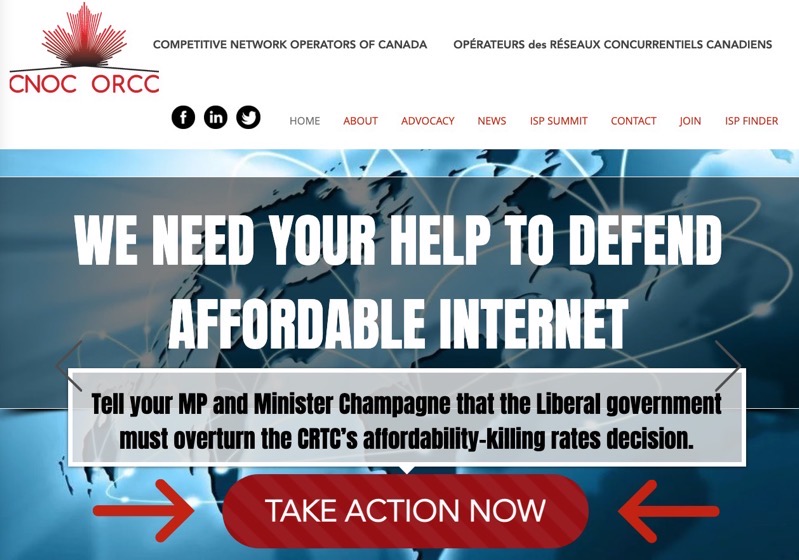 The Competitive Network Operators of Canada (CNOC), which represents over 30 independent internet service providers in the country, including the likes of VMedia and Distributel, have filed a formal appeal to the federal government, asking to overturn the CRTC’s recent wholesale rates decision.

Back in May, the CRTC reverted wholesale internet rates back to 2016, a move favouring incumbent telecoms, much to the dismay of independent internet service providers, who purchase internet from the latter to resell.

TekSavvy launched its own appeal of the CRTC ruling, while also sharing a picture of Bell’s CEO having a beer with CRTC chair Ian Scott in a pub, taken back in 2019.

The CNOC announced on Thursday it had filed a formal appeal to Cabinet, a “petition to the Governor in Council”, to ask the federal government to overturn the CRTC decision.

“The CRTC’s flip-flop will, without a doubt, harm competition, reduce consumer choice, and increase the prices all Canadians pay for home internet,” said Matt Stein, Chair of CNOC, in a statement. “If the Government doesn’t step in, the promise of affordable choice for telecom services will be broken.”

According to the CNOC, a recent letter-writing campaign it launched saw nearly 40,000 Canadians send letters to their local Members of Parliament.

“It’s not too late to reverse course and protect the interests of Canadian consumers,” says White. “Our appeal to Cabinet, our letter-writing campaign, and increasing pressure on politicians of all stripes, should be a wake-up call for Cabinet to do the right thing for Canadian consumers who are already paying too much for their internet bills.”

Rogers and Shaw today announced an extension of their proposed $26 billion merger, along with the sale of Shaw-owned Freedom Mobile to Quebecor’s Vidéotron in a side deal that's part of the broader transaction, to February 17, 2023. "All parties remain committed to the pro-competitive transactions, which will deliver significant benefits to Canada and Canadian...
Nehal Malik
15 hours ago