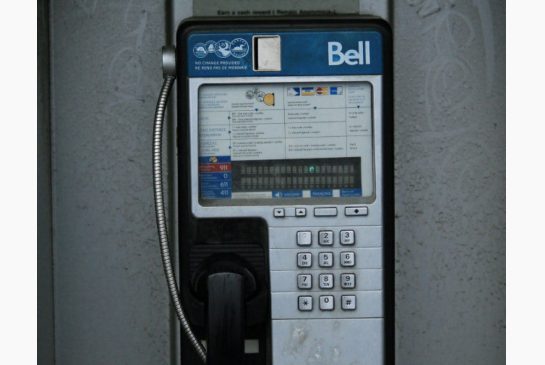 The CRTC this morning announced it has denied an application by Bell Canada, Bell Aliant Regional Communications and Télébec to increase their payphone rates from up to $1 for cash calls (due to the new Loonie) and up to $2 per credit card payment calls. TELUS told the CRTC it had no plans to raise payphone rates, which are currently at $0.35 per call in BC and Alberta.

Bell argued if the rate increases were approved, it would also increase revenues, thus justify keeping payphones around instead of removing them, since the majority of Canadians now use cellphones.

Jean-Pierre Blais, Chairman of the CRTC said “This trend is likely to continue regardless of the rate charged for pay phone services, and highlights the need to reassess the role of payphones.”

The CRTC wants to hear your comments on whether telephone companies should be prevented from removing the last payphones in a community, until a fact-finding process is complete.

“This consultation will give us a clearer picture of how payphones are being used and by whom,” said Mr. Blais. “It will also help us assess how possible rate increases and the removal of payphones may affect Canadians, and whether any regulatory action is necessary.”

Canadians can give their input online using this form, with the deadline for comments set for August 13, 2013, while the fact-finding process comments will be due on October 22, 2013.

Gee, whatever happened to paying $0.25 to use a payphone? What do you think? Should payphones stick around? They do come in handy when your cellphone battery has died.