Led by Professor Mary Cavanagh, a team of three Ottawa University law students, Sean Grassie, Kristianne Anor, and Tara Hristov, has paid around 36 visits to cellphone retailers in the past few weeks posing as mystery shoppers with a sole mission to test the consumer experience at the cell phone counter. 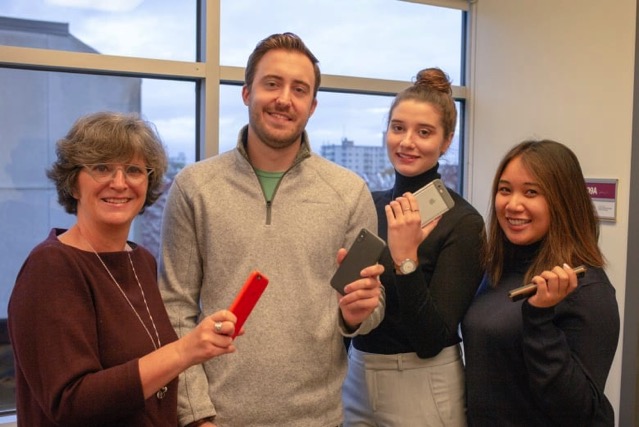 According to CBC News, the team of Ottawa University researchers will be presenting their “frustrating” findings today in Gatineau, Quebec at a week-long CRTC public hearing into allegations of shady sales practices by Canada’s leading cell phone carriers.

“The marketplace doesn’t work well for consumers and we think the government is abdicating their responsibility if they don’t deal with it”, said Cavanagh.

The mystery shoppers visited six major cellphone retailers in Ottawa and Gatineau to find out how much information they provide when selling a cellphone or a service plan, including data limits and any hidden cancellation fees.

As soon as the mystery shoppers left each retailer — sometimes a store, sometimes a kiosk in a mall — they would fill out a 16-page checklist of over 100 questions.

The group’s research findings also noted that there was “very little use of follow-up questions to put a customer’s needs into context,” that many of the interactions seemed “rushed even when they were the only customers in the kiosk” and that staff provided only “minimal responses” to questions.

Out of 36 visits, only once did an employee give clear, comprehensive and accurate information to the mystery shoppers.