The Canadian Radio-television and Telecommunications Commission (CRTC) has released the results of a wireless alerts experiment, which put various smartphones to the test to see how they react to alerts, when it comes to volume output and when in various silent modes.

The test results below show the iPhone 7 and iPhone 8 saw alerts silenced during AirPlane Mode, Silent Mode and Vibrate Only. Wireless alerts are sent through LTE cellular network connections and cannot be disabled.

If you see a blue checkmark, alarms were silenced. A red “x” indicates the wireless alert sounded regardless of settings (yes, it’s confusing). 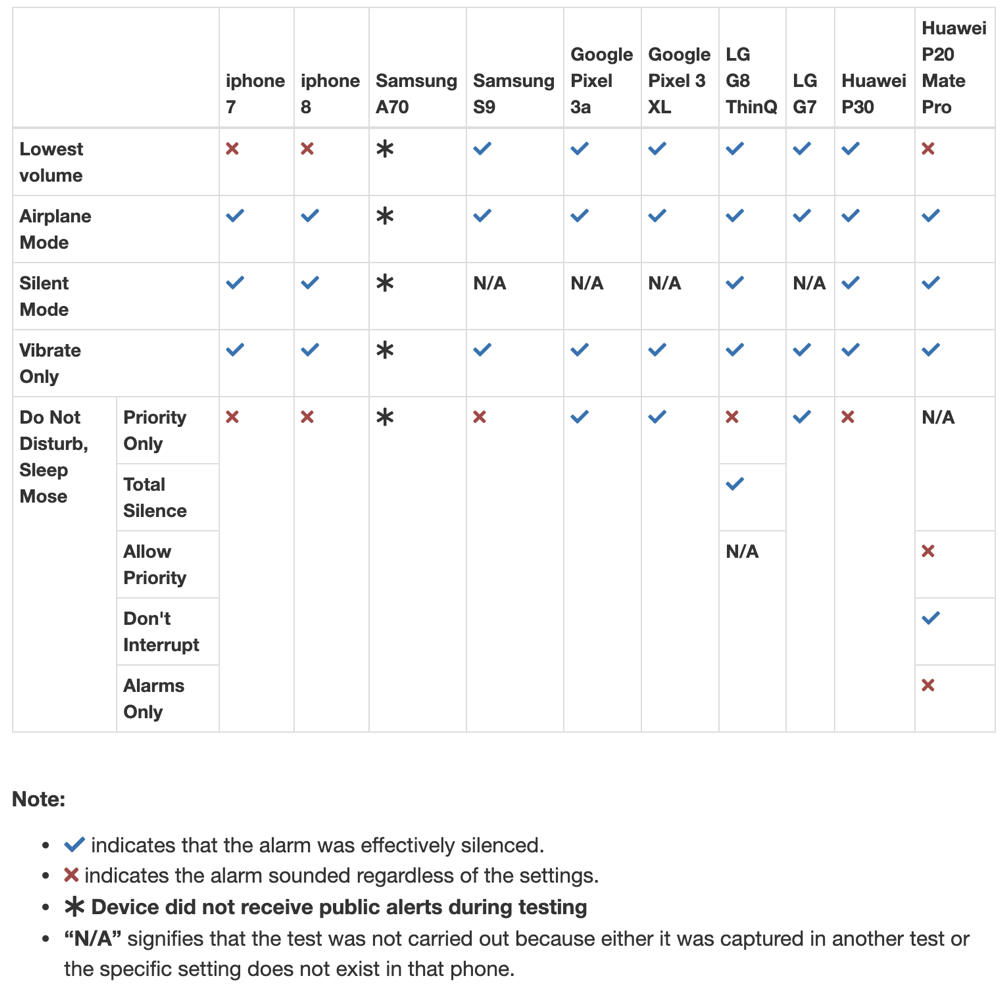 “The goal of the testing was to document the behaviours for a sampling of the mobile phones available in the Canadian market when subject to public alerts,” explains the report. “During testing, [Certification and Engineering Bureau] and CRTC staff generated wireless public alerts in a shielded environment and observed the resultant behaviour of 10 mobile telephones, available at the time of testing, from 5 major manufacturers,” explains the CRTC test.

In 2019, wireless service providers sent out 131 alerts in the following provinces in Canada:

In other news, the audible wireless alert sound is the most terrifying sound in the history of peoplekind.