Eastlink has quietly launched iPhone 6s and iPhone 6s pre-orders, with this year again going with equipment instalment plans (EIPs) for Apple’s latest smartphone, similar to what they did last year with the iPhone 6. Customers will get their iPhone 6s pre-orders on launch day, September 25. 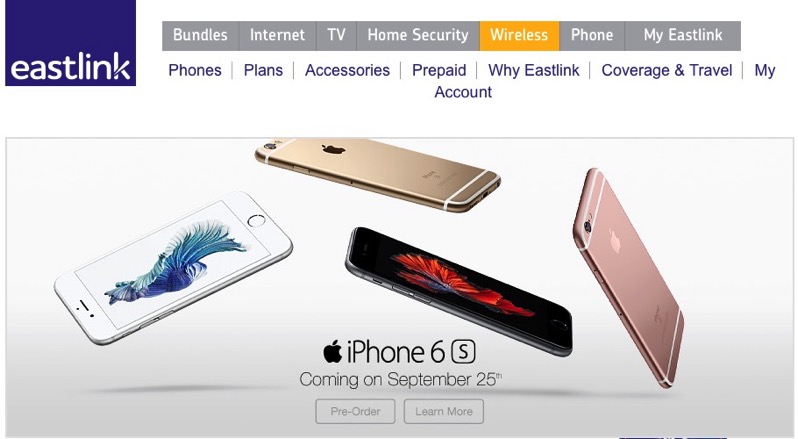 So in other words, upon approved credit, users will be able to get an iPhone 6s or iPhone 6s Plus for $0 up front, but just pay it off in monthly instalments as follows:

Matthew MacLellan, President, Eastlink Wireless, said in a statement “The best phones deserve the best network,” while also noted “Our customers can enjoy these remarkable new devices on our award-winning LTE network with lightning-fast data speeds, extensive coverage and savings on Nationwide plans – all backed by exceptional customer service from a local provider customers know and trust.”

You may recall Apple launched an iPhone Upgrade Program for U.S. customers, but don’t get your hopes up for it coming to Canada anytime soon.

Also, don’t get your hopes up Rogers, TELUS and Bell are going to implement these monthly instalment plans, because they already admitted they’re not ready to do so anytime in the near future.