Fido has launched a promo to double the data on its $65 per month unlimited Canada-wide plan to 2GB, a change made on the weekend. Their website notes it’s a “limited time offer” which we suspect should last throughout the holiday season. 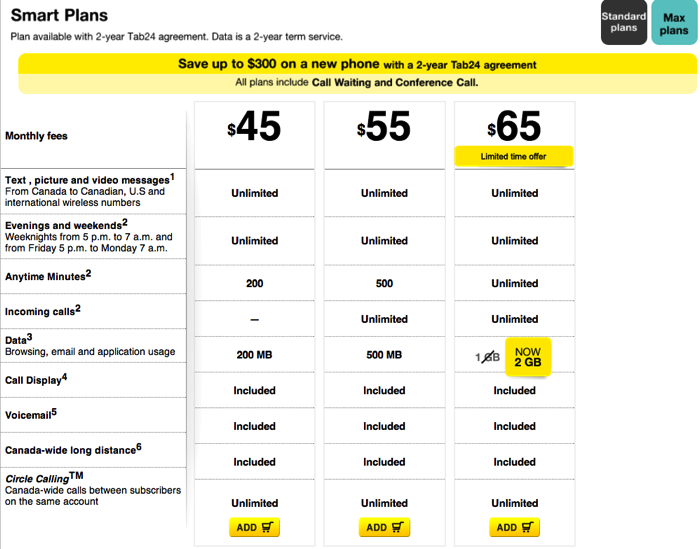 Similarly, Virgin Mobile has launched the exact same promo with 2GB of data: 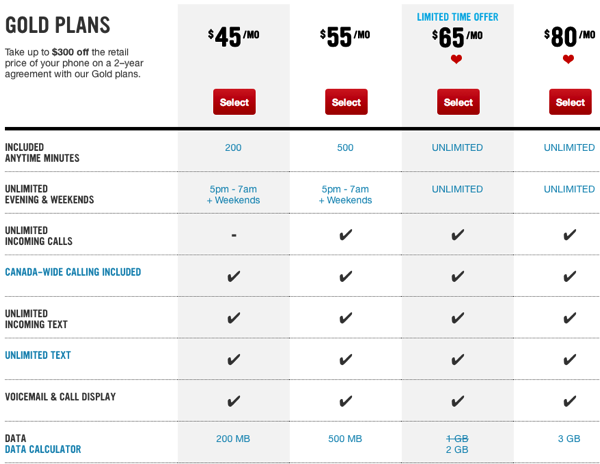 Earlier today, Koodo launched a similar promo, but priced at $60 per month, $5 cheaper than Fido and Virgin.

In a nutshell, if you are subscribed to these plans, make sure you call in to get your bonus data!

Update: Fido also has a $60 Standard Plan with 2GB of data as well which makes it the same price as Koodo. Go to Standard Plans, then scroll all the way to the right. (Thanks Whiskey!)