Fido, Koodo and Virgin have launched new promo plans for customers, in what appears to be another simultaneous marketing move.

A new $60 per month plan with 2GB of data is now available, which offers unlimited Canada-wide minutes and unlimited messaging. This plan is similar to the previous $56/57 plan with 2GB data from a few years back, but data overages this time around cost more ($5/250MB). 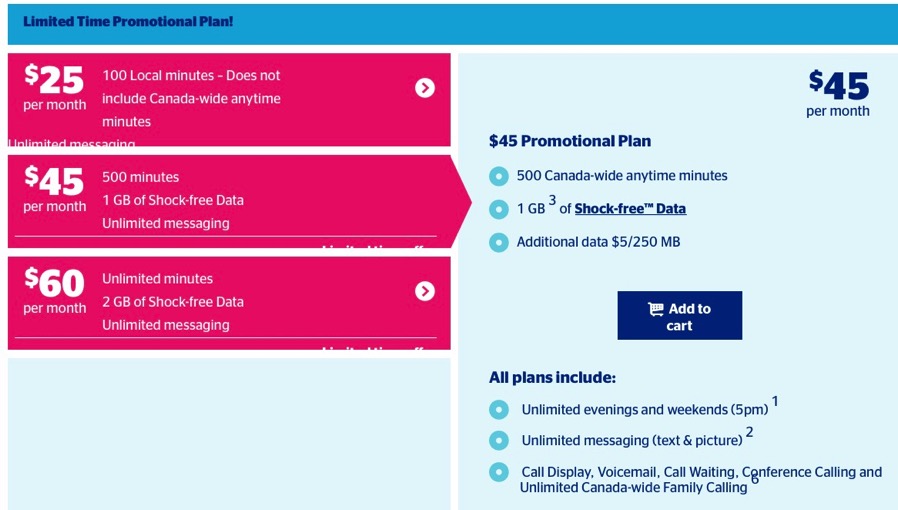 Also new is the $45 plan with 1GB data we previously told you about—but gets 500 Canada-wide minutes now, instead of 200 local minutes and it’s available everywhere (not just in Ontario like before).

Again, you know the drill—if you’re on a previous plan that is not as good as these promos, call in and make the switch. No word on when these offers expire, but stay tuned.