If you’re on a Koodo, Fido or Virgin Mobile BYOD plan outside Quebec, Saskatchewan or Manitoba, these companies have launched simultaneous data promos, offering up to 2GB of bonus data.

What does this mean? If you’re on an older plan, call in to change to the updated promo plans, to get double the data, or 2GB extra data on the $85 per month plan. 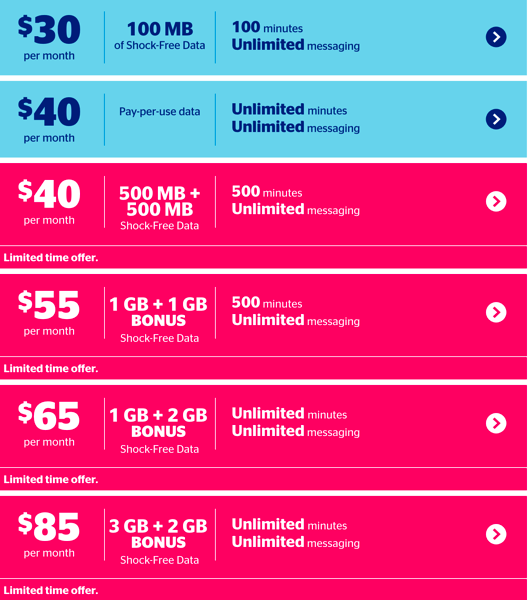 Here are the final prices once bonus data is applied:

Here are Fido’s plans—note there are only three Pulse plans available now:

Here are Virgin’s plans, which state the bonus data is already included: 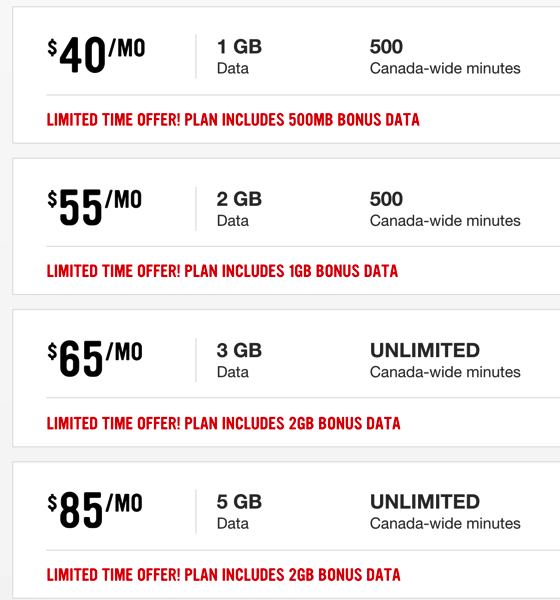 Let us know if you managed to switch over to these bonus data plans. What are the odds of all three companies launching ‘bonus data’ promos at the same time…

SaskTel has today announced the expansion of its 5G wireless network to a number of communities in rural Saskatchewan, including the Town of Davidson and the Nekaneet First Nation. SaskTel 5G is now available in the following rural communities of Saskatchewan: Baildon Craik Davidson Ituna Turtleford Nekaneet First Nation “Our government recognizes how important wireless connectivity has...
Usman Qureshi
37 mins ago

Shaw Communications on Tuesday announced consolidated financial and operating results for its fiscal quarter and year ended August 31, 2022. The company reported consolidated revenue of $1.36 billion for the quarter, down 1.5% year-over-year. This includes $325 million in earnings from the Wireless segment as a whole, up 1.2%. Adjusted EBITDA for the period dropped...
Nehal Malik
3 hours ago