If you want unlimited Canada-wide minutes, it’s an extra $5 per month. 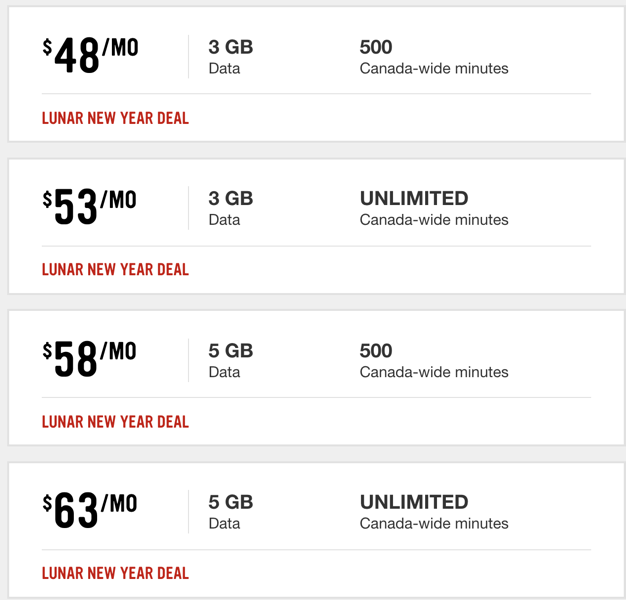 These plans aren’t exactly hot by any means, but if they’re better than what your current plan offers, it may be worth considering.