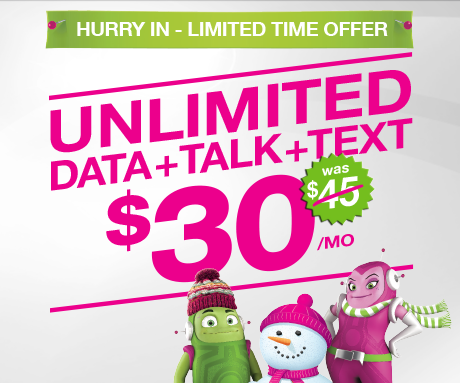 Newer wireless entrant Mobilicity has launched a new $30 per month holiday promo today which should knock your socks off. For $30/month, you get unlimited of the following:

Normally this plan is $45 per month. Many of you are already using unlocked iPhone 5, iPhone 5c, iPhone 5s models on the financially struggling network, so this might be a plan you should jump on.

The carrier was recently granted more time to sell its business, which at this point remains up in the air. Earlier this week it was reported by the Financial Post the company is set to auction all or parts of its business with a December 9 deadline for bids.