OpenMedia Urges Canadians to Write to MPs: ‘No CRTC Regulation of User Speech’ 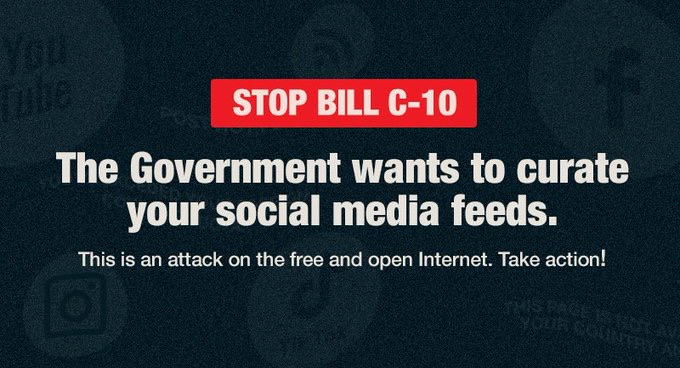 Vancouver-based consumer advocate OpenMedia is asking Canadians to write to their local Members of Parliament to “stop Bill C-10”, the controversial amendment to the Broadcasting Act.

OpenMedia has created a template for Canadians to fill out to send a letter to their MPs.

“The CRTC is about to be put in charge of every video, meme, and podcast we upload to the Internet. Censoring videos with language that doesn’t fit the CRTC’s broadcasting standards? Limiting our timelines to display content from our Canadian friends? Imposing CanCon content requirements on app stores and video games? Taxing YouTube channels to fund traditional media?”, questions OpenMedia.

“All of that and more is now possible, after the government’s bait and switch removed safeguards that exempted user-generated content from Broadcast Act Amendment Bill C-10 at the very last minute,” explains OpenMedia.

Originally, the federal government had exempt user content from Bill C-10, but that was removed last week, a move called “the most breathtaking power grab over online speech we’ve ever seen in Canada” by OpenMedia. The Liberal government also accidentally leaked it would have the CRTC regulate apps like Crave and others as well.

Heritage Minister Steve Guilbeault released a statement on Tuesday in regards to the Bill C-10 changes, in an attempt to ease online blowback to the federal government’s plans.

You can click here to write to your MP using OpenMedia’s template.