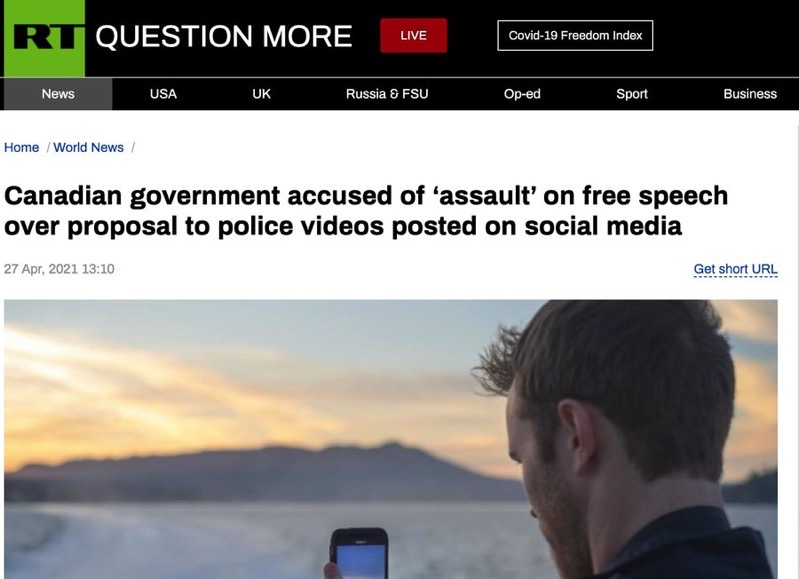 In a nutshell, the federal government removed an exception that would exclude social media video uploads from CRTC regulation. The Liberal government also leaked the CRTC would be regulating apps “such as Crave and others” as well, a move blasted by Conservatives yesterday.

There has been blowback over the Bill C-10 changes, as it would essentially remove free speech safeguards.

Canada’s Heritage Minister, Steve Guilbeault, released a statement in regards to the Bill C-10 changes, shared by Geist on Tuesday.

New statement from @S_Guilbeault on Bill C-10. Despite claims of safeguards, government is *removing* a key safeguard that was essential to protection of free speech. Without it, all user generated content treated as programs to be regulated by CRTC. 1/3 https://t.co/OcmVK6ZxfV pic.twitter.com/OyBmqgC4Hm

Geist added, “despite claims of safeguards, government is *removing* a key safeguard that was essential to protection of free speech. Without it, all user generated content treated as programs to be regulated by CRTC.”

“The amount of deception from @S_Guilbeault on Bill C-10 is astonishing. He told Canadians Bill C-10 has economic thresholds (it doesn’t), excludes news (it doesn’t), won’t affect Canadian ownership (it does), is the same as Europe’s implementation (it isn’t), and will generate money from creators this year (it won’t),” detailed Geist.

“Now he says it doesn’t implicate free speech rights, when his own department told the committee it does. Time to hit the reset button on C-10,” concluded Geist.

In a lengthy thread on Twitter, Laidlaw explains, “Bill C-10 forces social media companies to censor speech. While you might think – hey it’s a cesspool and we should clean that up – remember this is broadcasting reg, not all the other regulatory qs about online harms (that Bill is coming), platform power or data protection.”

Why does it force social media companies to be censors? Because of the reg it requires. The only option to comply with Bill C-10 is for social media to heavily reg content – 9/10