Roam Mobility today has announced its SIM cards for roaming in the U.S. can now be purchased from eight Simply Computing stores across Canada for their unlocked iPhones and cellular iPads:

“Apple users love their devices, and they don’t want to turn them off or leave them behind when they travel across the border,” says Emir Aboulhosn, CEO and founder of Roam Mobility. “Our iOS- compatible SIM cards are designed to work seamlessly with any iPhone or iPad to provide instant access to talk, text, and data for as little as $2.95 per day.”

SIM cards from Roam Mobility cost $19.95 and can be recharged and re-used with standard/micro-SIM versions for the iPhone 4/4s and iPad 2/3rd and 4th generation, or a nano-SIM for iPhone 5/5c/5s, iPad mini and iPad Air. 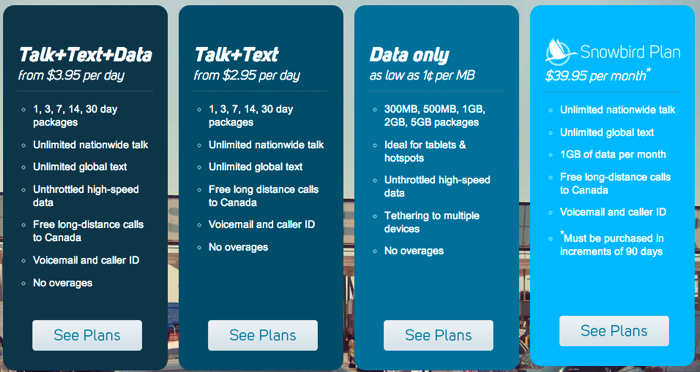 If you’re heading to the U.S. soon and you have an unlocked iPhone or cellular iPad, Roam Mobility is just one option versus roaming on your carrier.

Good coverage depends on where you’ll be going but prices are cheaper than roaming with the Big 3. You can read our review here and also check out our review of the Roam Mobility Liberty hotspot here.

Click here to check out plans from Roam Mobility.