Now, it appears Rogers and Bell have introduced changes to respond to Telus. Bell is featuring a new $70 Plus plan on its website noting 300MB of data with 300 local minutes: 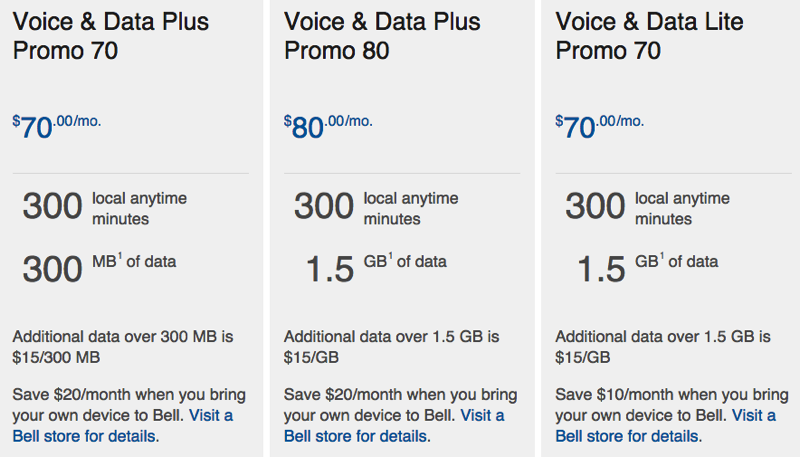 There are also promo plans for ‘Lite’ devices, which are for non-premium smartphones: 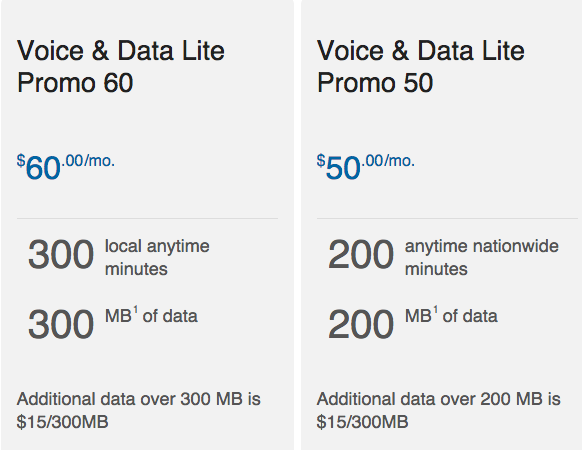 Carrier websites continue to bombard and overwhelm new customers with complex plans and dizzying options. If you’re a BYOD customer, Telus still has the cheapest monthly price of $40 per line, followed by Bell and Rogers at $45 and $50 respectively.

These new plans allow users to get premium smartphones like the iPhone 6 for $70 per month, but data amounts are pretty minuscule and will easily incur overages over fast LTE networks if users aren’t careful.