TELUS this morning has revamped their wireless plans, giving them new names and offering less data amounts than before.

The new voice plans have three options: 300 local minutes (6PM evenings), unlimited local minutes and unlimited nationwide minutes, priced to start at $30 for BYOD, $40 for Smartphone and $50 for Premium smartphone (all $10 cheaper than before). But where TELUS will make this up is with their changes in data pricing, offering less data than before.

Below is a summary of the changes according to an internal TELUS document we received, as employees were informed of these changes yesterday: 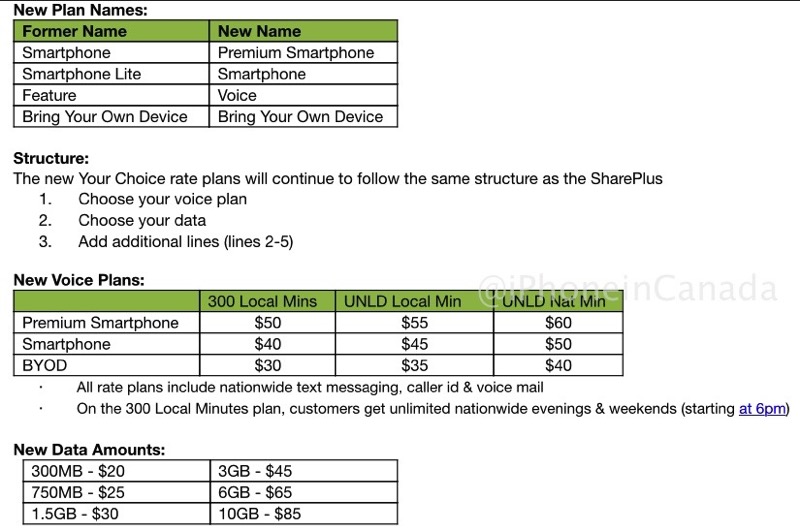 Below are old prices for the voice plans (as of March 2014): 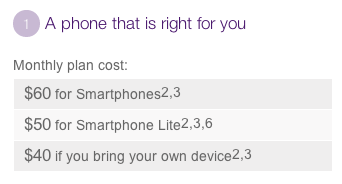 If users opt for pre-authorized payments, a $2 discount will be given off their rate plan every month. If you are planning to add additional lines, do note the first line will be required to have a $70/month spend.

What do you think of these new ‘Your Choice’ plans from TELUS?