The scenes from Fort McMurray look straight out of a horror movie, as forest fires continue to ravage the city, and residents continue to flee the area.

TELUS says those able to find one of their payphones can dial ‘0’ and get free calls in Canada. 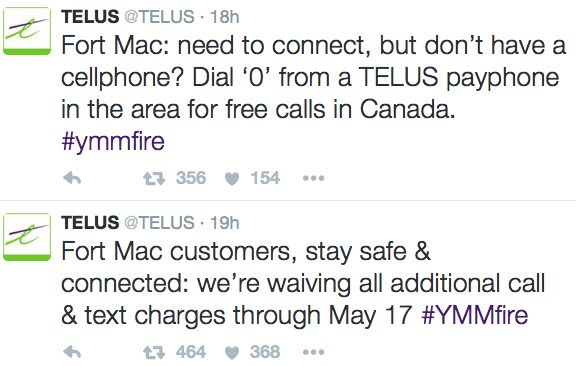 Rogers and Bell have also each donated $100,000 to the Canadian Red Cross to help rescue and recovery efforts.

If you’re a customer of the Big 3, you can also make a donation to the Red Cross by text message:

UPDATE: The federal government has announced all personal donations made by Canadians to the Red Cross will be matched by Ottawa