With equipment instalment plans (EIPs) and leasing options for smartphones gaining popularity in the U.S., the idea hasn’t kickstarted in Canada yet, and Rogers, TELUS and Bell have no plans to do so anytime soon, according to statements said by carriers at a recent conference in Toronto, reports The Globe and Mail. 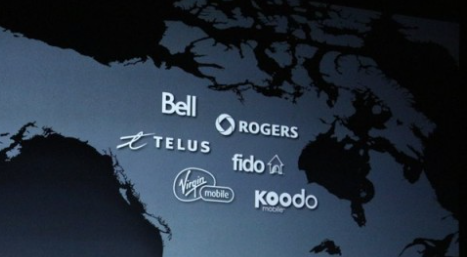 Apple announced their own iPhone Upgrade Plan last week, which allowed customers to lease iPhones with zero down over 24 monthly payments, with an option to get a new phone after one year (plus it includes AppleCare+).

Compare this to the ongoing subsidy model used here in Canada, where customers pay a smaller amount upfront, while the rest of the device balance is paid off over the duration of a two-year contract. This enables carriers to generate consistent voice and data revenues over two years as customers sign contracts in order to obtain subsidies.

At the BMO Media and Telecom Conference today in Toronto, executives from incumbent carriers spoke about U.S. pricing models and said they don’t plan on launching them in Canada.

BCE chief executive officer George Cope said “I think it’s actually a very healthy market when people put some money down to purchase the product,” along with “But if the market changes, we’ll change with the market. We’re already subsidizing the handsets a lot as it is, so we’ll see how it evolves.”

Rogers chief financial officer Tony Staffieri said the company has no plans to introduce EIPs, but would consider it “reactively” if necessary, saying “For us it just doesn’t pass the ‘so what?’ test. Why would we do it? We just see it as cash dilutive for us, and eventually the industry, if everybody does it. So we don’t see a lot of upside for it.”

Telus chief financial officer John Gossling said EIPs are not appealing, saying “Frankly, whatever you call it – instalment plan, EIP, leasing – it’s a big working capital hit in terms of what you’re investing. A customer can now walk out of the store with a free phone, in effect – they’re going to pay for it over time – but no money down, versus $200, $300, $400, depending on what phone you’re talking about [under the subsidy model].”

Gossling also said the current subsidy model has worked well for TELUS, as customers become aware of device balances and can understand when they are eligible for an upgrade. He also said the culture in the U.S. is different than Canada, as down south–you can financing literally anything.

The TELUS CFO also implied Apple’s latest iPhone 6s models are expensive, saying “I can see why a handset manufacturer might like it [the EIP model], especially when their product is pushing $1,000,” but implementing such financing schemes is not what the company aspires for at the moment.

Eastlink has had instalment plans for smartphones since 2013, but that has not inspired incumbents to follow suit. The Atlantic Canada-based carrier earlier today announced iPhone 6s pre-orders, with customers able to acquire the newest iPhone for zero down and $31.21 per month for the entry iPhone 6s.

What do you think about instalment plans versus subsidy models when it comes to smartphones? Now if Apple were to bring the iPhone Upgrade Plan to Canada…