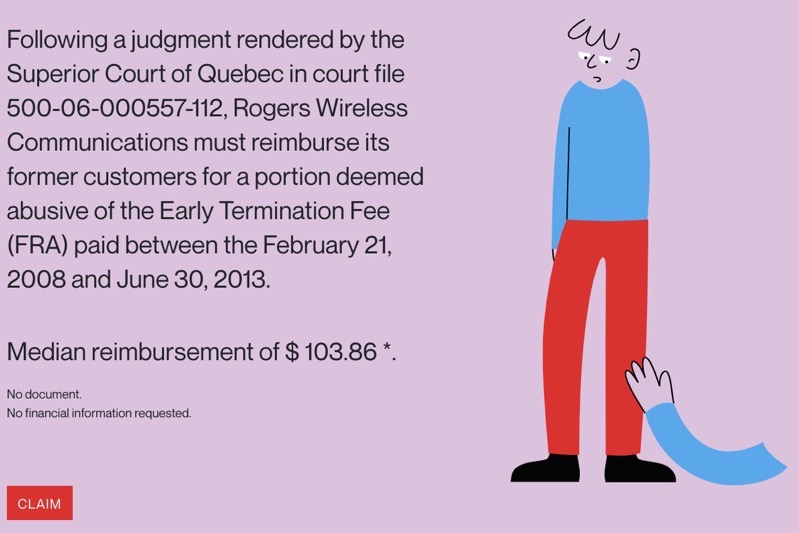 The Court said the early cancellation fees paid by customers between February 2008 and June 2013, were determined “abusive”. The result was a $26 million required to be paid out by Rogers.

However, according to payouts being administered by Collectiva, roughly 78,000 Canadians have not claimed their reimbursement, as $8 million is still left to be paid out.

You can make a claim here—no documents are needed but only 3 conditions must be met:

Claims can be made before the deadline of May 31, 2021. If there is unclaimed compensation, it will be “distributed to third parties, in accordance with the law.”