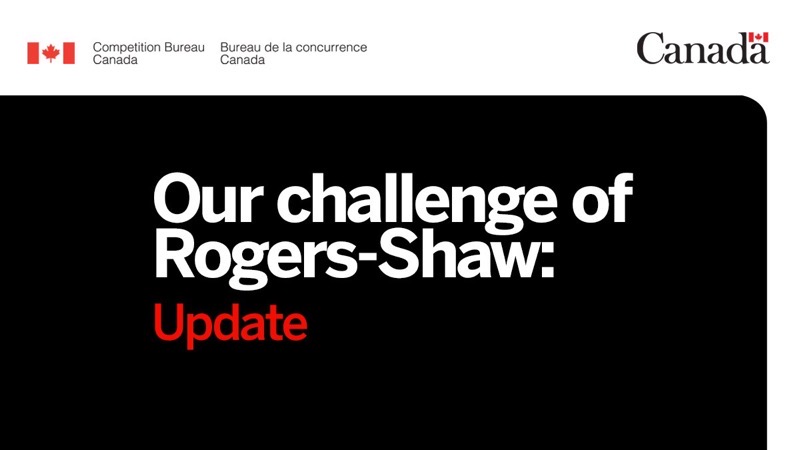 But not so fast, because on Friday afternoon Rogers and Shaw said in a statement they were notified the Commissioner of Competition will be appealing the Competition Tribunal decision.

“We remain committed to these pro-competitive transactions that will bring more choice, more affordability and more connectivity to Canadians. The Tribunal’s decision was the right one, and the Tribunal was clear in its summary that the transactions we have proposed are not likely to substantially lessen competition in Alberta and British Columbia,” said Rogers and Shaw in a joint statement.

“Instead, as the Tribunal found, the transactions will likely result in an intensifying of competition. We are deeply disappointed that the Commissioner continues to attempt to deny Canada and Canadians the advantages that will come from these proposed transactions,” said both telcos.

The final step for the Rogers-Shaw merger to move forward is for Minister of Innovation, Science and Industry, François-Philippe Champagne, to approve spectrum license transfers from Shaw to Quebecor’s subsidiary, Videotron, as part of the former’s planned acquisition of Freedom Mobile.

Reaction to the Thursday Tribunal decision favouring Rogers and Shaw was quick, coming from consumer groups that have long opposed the deal.

“Today was the last nail in the coffin of telecom affordability in a dismal 2022,” said Matt Hatfield, Campaigns Director at OpenMedia “Experts, MPs and ordinary Canadians all know it: this buyout means higher prices and fewer choices, in a telecom market that’s already far too concentrated. Canadians pay some of the highest prices in the world for Internet and wireless services, and the fruits of the government’s half hearted attempts to provide competition are rapidly disappearing.”