Competition Bureau Getting Surge of Online Feedback Over Rogers-Shaw Merger 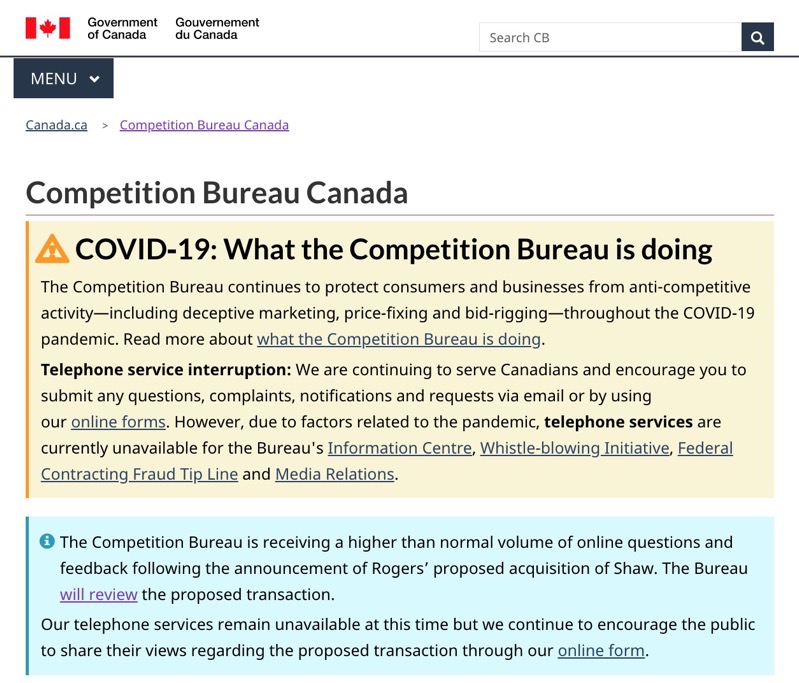 Canada’s Competition Bureau says it is receiving a surge of online queries over the Rogers-Shaw merger announced earlier this week.

As noted by The Canadian Press, the Bureau’s website notes it is “receiving a higher than normal volume of online questions and feedback following the announcement of Rogers’ proposed acquisition of Shaw. The Bureau will review the proposed transaction.”

“Our telephone services remain unavailable at this time but we continue to encourage the public to share their views regarding the proposed transaction through our online form,” says the Bureau, noting its phone services have been disabled since last March due to COVID-19.

When it was announced on Monday Rogers would acquire Shaw in a $26 billion deal, the Bureau said in a statement it “has a mandate to review mergers to determine whether they are likely to result in a substantial lessening or prevention of competition.”

“Should the Bureau determine that the proposed transaction is likely to substantially lessen or prevent competition, we will not hesitate to take appropriate action,” added the Bureau.