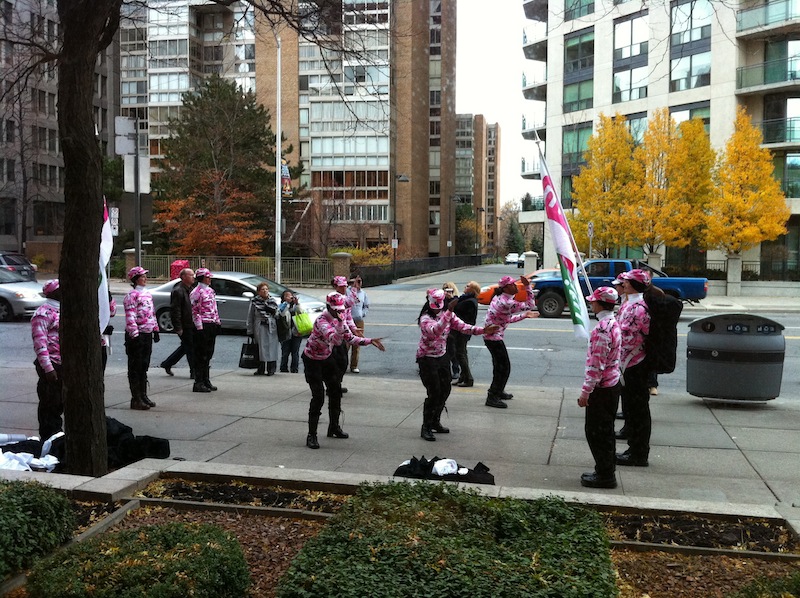 The Globe and Mail reports on an ongoing trial in Toronto yesterday involving the Competition Bureau and Rogers, over allegations the latter violated Canada’s false advertising rules by claiming its lower-cost Chatr brand had “fewer dropped calls” compared to its newer wireless entrant rivals.

Bureau lawyer Tom Curry’s closing arguments noted some of the ads, which depicted rival customers unhappy due to dropped calls, while Chatr customers’ calls continued, implied a “meaningful” difference in dropped calls which consumers would take notice of:

“None of that is actually true,” Mr. Curry said, arguing that even in places where data suggest Chatr did have fewer dropped calls, the difference is tiny – as little as one dropped call in 500 calls.

“The differences are not significant in many, or most cases,” he told court. “Those images are significant. They create a general impression of a strong and meaningful difference in the level of service.”

The Competition Bureau alleges Rogers made “false and misleading” ads and was unable to back up its claims regarding dropped calls with “adequate and proper tests,” thus seeking a $10 million fine.

Rogers withdrew the ads when the Bureau raised concerns and says they “unquestionably true and correct,” noting its network is more established and reliable. The company commissioned “drive tests,” an industry standard common in the US and Europe, making calls on newer wireless entrant networks from special trucks.

The Competition Bureau argued it disagrees with Rogers’ explanation of those tests, as they highlighted network data from cellphone company data which is more accurate and contradicts Rogers’ conclusions, with the latter saying that data can’t be used to make comparisons.

Back in 2010, a two-month investigation by the Bureau claimed “no discernible difference in dropped call rates between Rogers/Chatr and new entrants.”

In written closing arguments submitted to the court by lawyers for Rogers, the company blames the Competition Bureau investigation on its smaller rivals, Mobilicity, Public Mobile and Wind Mobile, which were “determined to undermine Chatr” and made “multiple co-ordinated complaints to federal regulators within days or weeks of the launch of Chatr.”

The company claims competitors “seriously misled” the Competition Bureau about network data and drive tests. Moreover, Rogers says it was “blindsided” when the Bureau went public with the ads in November of 2010 and was labeled “a cheat” even though they co-operated and pulled the ads when concerns were raised:

“Rather than conduct a proper, thorough and balanced investigation, the Bureau engaged in a rush to judgment, and did so in a manner that can only be viewed as regrettable.”

Rogers says the Competition Bureau has taken “a series of positions in this case that no regulator in the world has ever taken.”

These public allegations caused Rogers to face a “firestorm of criticism” while its smaller rivals were able to celebrate; the company referred to the “media stunt” Mobilicity pulled by sending a dance team to the company’s head office. We reported on this back in November of 2010–the video is below:

Anyone out notice any differences in network coverage between Chatr, WIND and Mobilicity?