Fido has launched a new $55 per month unlimited Canada-wide talk and text plan with 5GB of data for residents of Manitoba and Saskatchewan. Normally, this plan is priced at $60/month, but it’s been cut by $5. Those who bring their own devices can save 10% off their monthly plans as well. 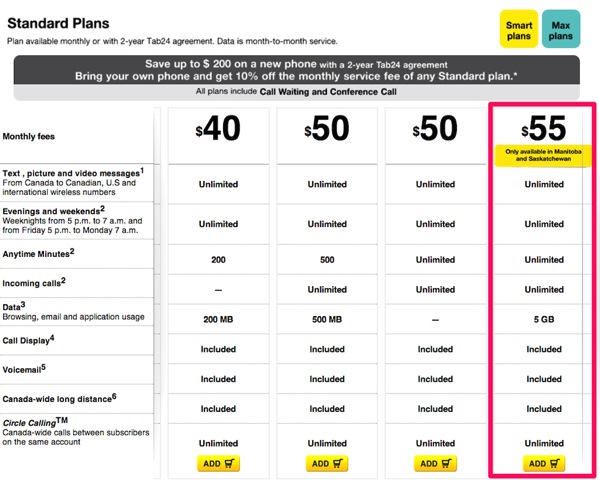 Virgin Mobile and Koodo offer a similar plan for $55/month, while comparable plans in the region from competitors such as Bell are $65/month; Rogers is $65/month; and Telus at $70/month.

Let us know if you’re going to jump on this plan. If you’re a Fido customer in Manitoba or Saskatchewan, time to call in and get your plan changed to this!

Update: This is listed under Standard Plans and you may have to scroll to the right.