Fido has launched a new ‘Check-In’ service to allow customers to make reservations with customer service reps for one-on-one phone calls, up to 30 minutes in length, at a time of your choosing.

If you need to discuss account info regarding billing, data usage and travel, FidoDOLLARS, device inquiries and special offers, then all you do is book a time online (up to 7 days in advance) and a Fido representative will call you.

How to book a Fido Check-In appointment? It’s pretty easy.

Existing Fido postpaid users just need to login on the web to their My Account page and follow the prompts. Below are some screenshots of the process, which in our experience was very simple to setup (you have one minute to confirm at the last screen, or the appointment will not save) as it takes just three steps: 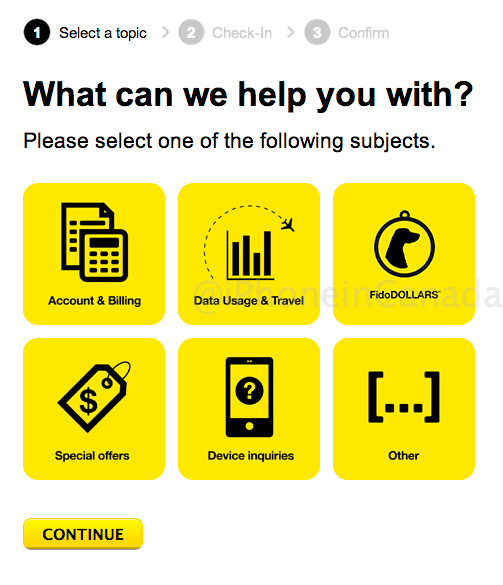 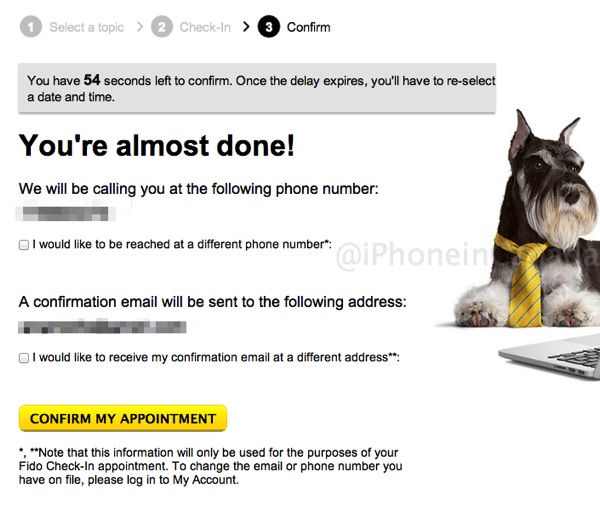 Fido told us this feature is “Fido-only at this time” when asked if Rogers would receive this feature. This is a pretty awesome service, especially if you don’t have time to wait on hold to speak with Fido reps.