Last week we told you Fido introduced a new $80/month Smart Plan with 3 GB of data. Now it looks like other Smart Plans will get some love, as this afternoon, Fido has launched a double the data promo affecting $45, $55 and $65 plans. The changes are below: 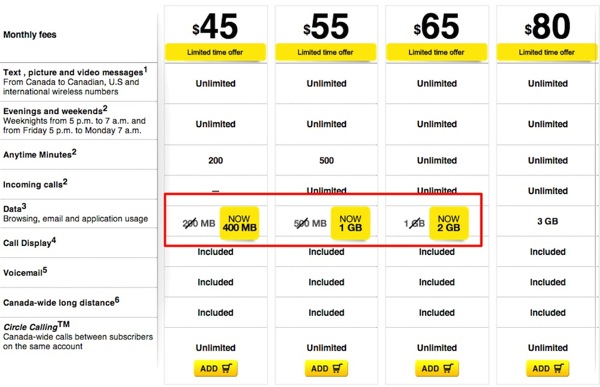 These changes make the $65/month plan closer to last year’s promo when it was available for $56/month. So if you recently signed up with one of these plans, call Fido today to get your extra data.