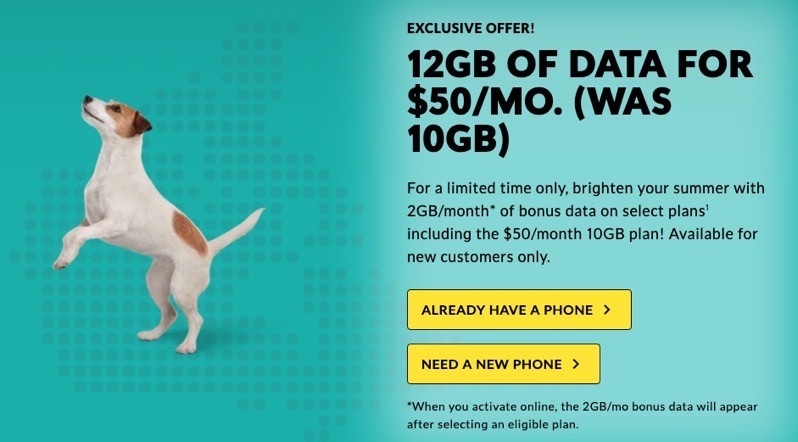 Rogers-owned Fido has launched a new promo offering its $50 plan with 12GB of LTE data. Normally, this plan only includes 10GB of data, but there’s a 2GB data bonus added on top.

“For a limited time only, brighten your summer with 2GB/month of bonus data on select plans1 including the $50/month 10GB plan! Available for new customers only,” explains Fido.

Fido says when you activate online, the 2GB per month bonus will appear when you select an eligible plan.

For customers in Quebec, this promo is being offered at $35 per month with 8GB of data.

The company says the data bonus lasts only for 24 months.

If you have Freedom Mobile in your area, the company is offering 20GB of data for $50.

For now, rivals from Telus-owned Koodo and Bell-owned Virgin Plus are still offering 10GB of data for $50, but you can bet they will match Fido’s offer soon.