When using the code 2GBBONUS when activating a plan $35 or higher online, you can get 2GB/month of bonus data, plus 50% off a SIM card, says Public Mobile.

Public Mobile also no longer requires users to submit their email to obtain the promo code. It’s now just an option if you want the code “emailed to you”.

“Bonus data will be applied for as long as you’re with us,” explains Public Mobile.

Public Mobile had offered its previous data bonus from December 10-13 only, with Bell’s Lucky Mobile offering a similar data bonus, ending on the same date. Rogers’ Chatr didn’t offer any bonuses when we wrote about the deal, but as of today that has changed.

So this means you can get the $35 plan with 3GB data (including the 500MB Autopay bonus) and 2GB bonus data, for a plan with 5GB 3G speed data.

Chatr Also Offering 2GB Data Bonus But Only for 6 Months

While Chatr is offering a 2GB data bonus now for plans $35/month or higher, it’s only available for six months as part of “happy extra data days,” until December 23, 2021. Coincidentally, Public Mobile’s promo also ends on this date.

So this means it’s possible to get a $35 plan with 4.5GB 3G speed data, with the extra data only available for 6 months. 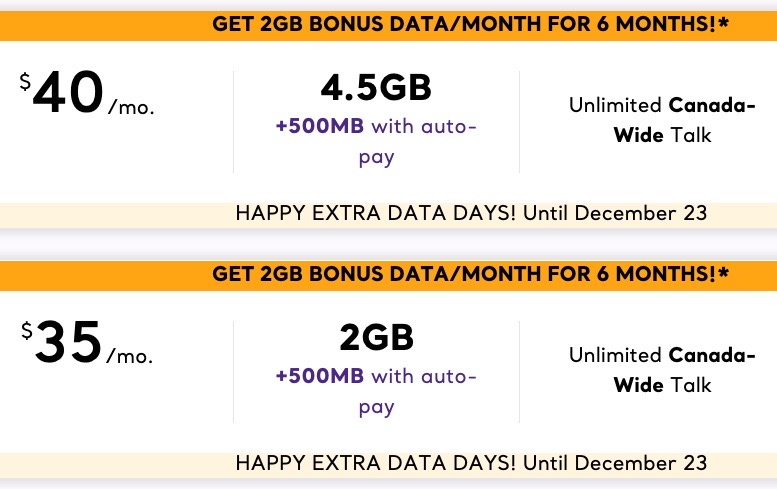