Register for Rogers Alerts, Get $5 Off Your Wireless Bill

Rogers is offering a promotion to customers by offering $5 off their wireless bills if they sign up for Rogers Alerts, which sends customers “great deals and information across a variety of categories” via text message.

As a thanks for signing up you will receive $5 off on one of your next two Rogers Wireless bills, as long as your RogersTM Alerts account remains active for 30 days. 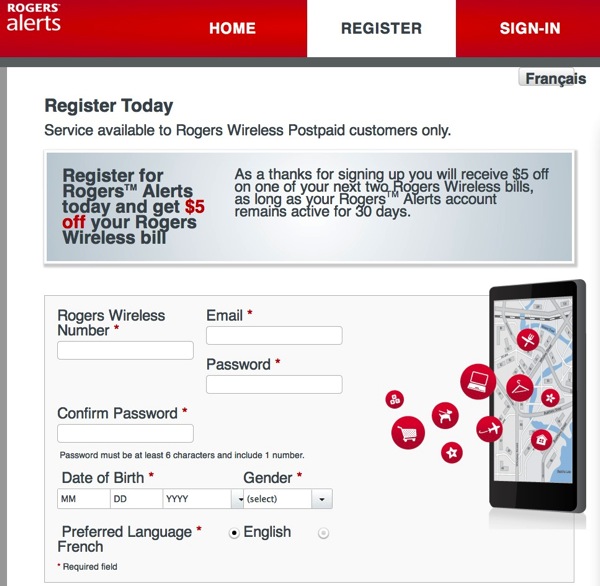 The service works by sending you text messages based on your location, which you consent to providing once you sign up: