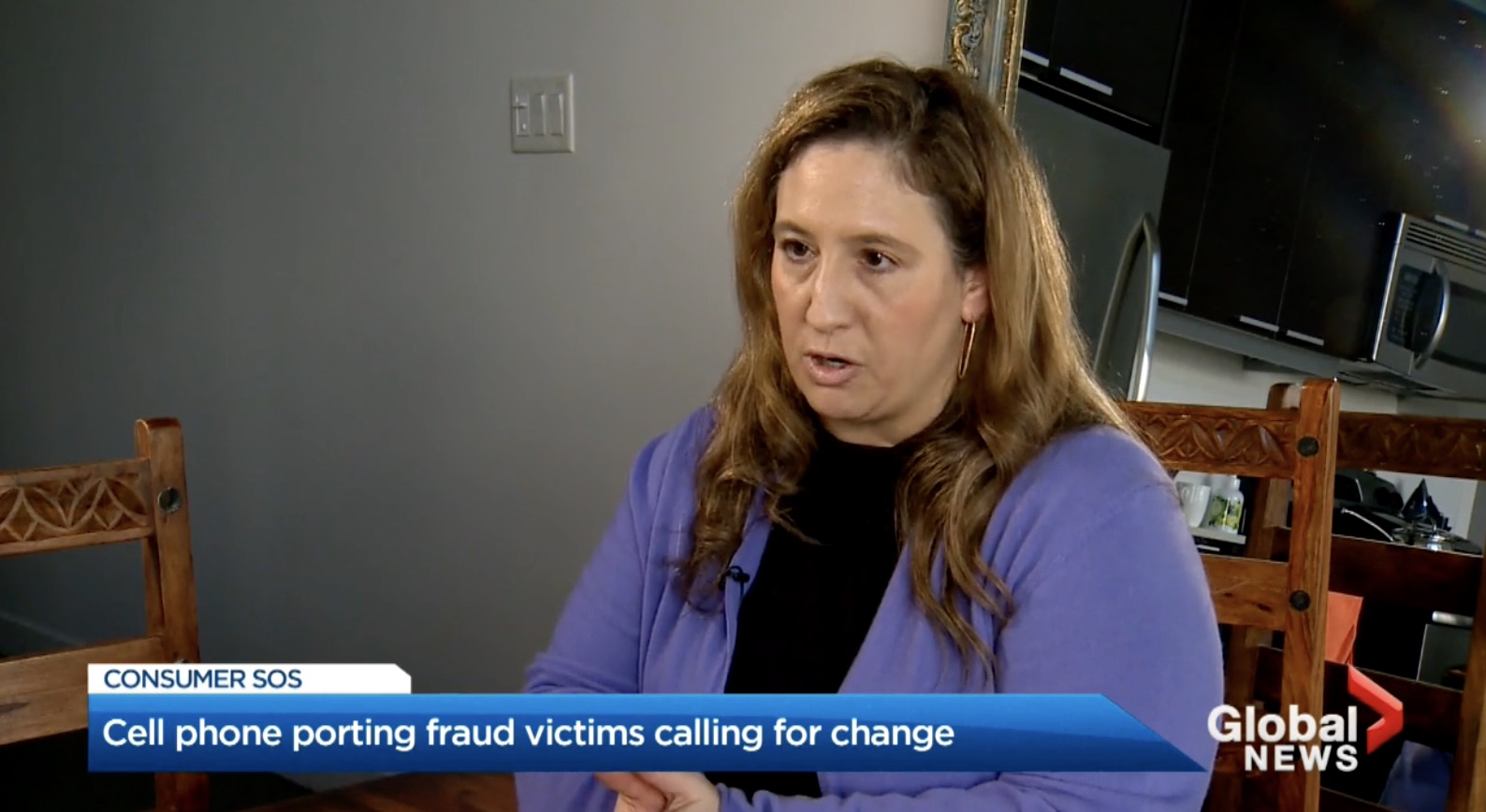 Scammers are getting more sophisticated and the latest cellphone porting scam continues to make headlines.

Toronto resident Carolyn Morgan explains to Global News her Rogers cellphone number was ported away, without her authorization. She received a late evening text message which read, “Rogers has received a request to transfer your phone number to another Service Provider. If you did not authorize, contact Rogers urgently…”

Morgan says she didn’t make the cellphone number port request and immediately call the number Rogers mentioned. She was on hold for roughly 24 minutes before  her line died, as scammers successfully ported her line away.

The Toronto woman then used Rogers online chat to report the unauthorized number port. Eventually, 20 hours later and two calls to the company, Morgan says Rogers was able to restore her number.

But it appears the damage was already done. The scammers used Morgan’s cellphone number to access her email and banking info, while also racking up a $700 charge on her credit card. The thieves were able to now use Morgan’s number to bypass any two-factor authentication codes, used to secure various accounts.

“Unfortunately, there are criminals who are using illegally-obtained personal data to defraud consumers in a variety of ways and across industries,” said a spokesperson for the Canadian Wireless Telecommunications Association (CWTA), referring to cellphone porting as one example.

According to a Rogers spokesperson, the company is planning to guard against fraud involving customer accounts.

“We take protecting our customers’ personal information very seriously, and as fraudsters evolve their tactics, we work with other carriers to continually strengthen processes to prevent unauthorized porting, including new protections put in place this past fall,” said Rogers.

According to Morgan, she says she feels let down by Rogers, citing how she believes the company should have acted more carefully when it comes to numbers being ported out.

Rogers “handed the fraudsters the keys to the kingdom by not double or triple-checking…to make sure I requested the port, that’s what frustrated me the most,” said Morgan.

Image via RFD Rogers and Fido appear to be offering up another 5GB of free data, but for 18 months. That’s according to Fido customers that shared screenshots of the text messages sent out by the wireless carrier on Wednesday. According to the text message, Fido says this exclusive gift is a thank you for […]
Gary Ng
1 hour ago