Rogers looks to be in the spirit of giving—early—it appears. According to numerous users on RFD, the wireless company has been adding 5GB to 10GB of free data to customer accounts, applied automatically. 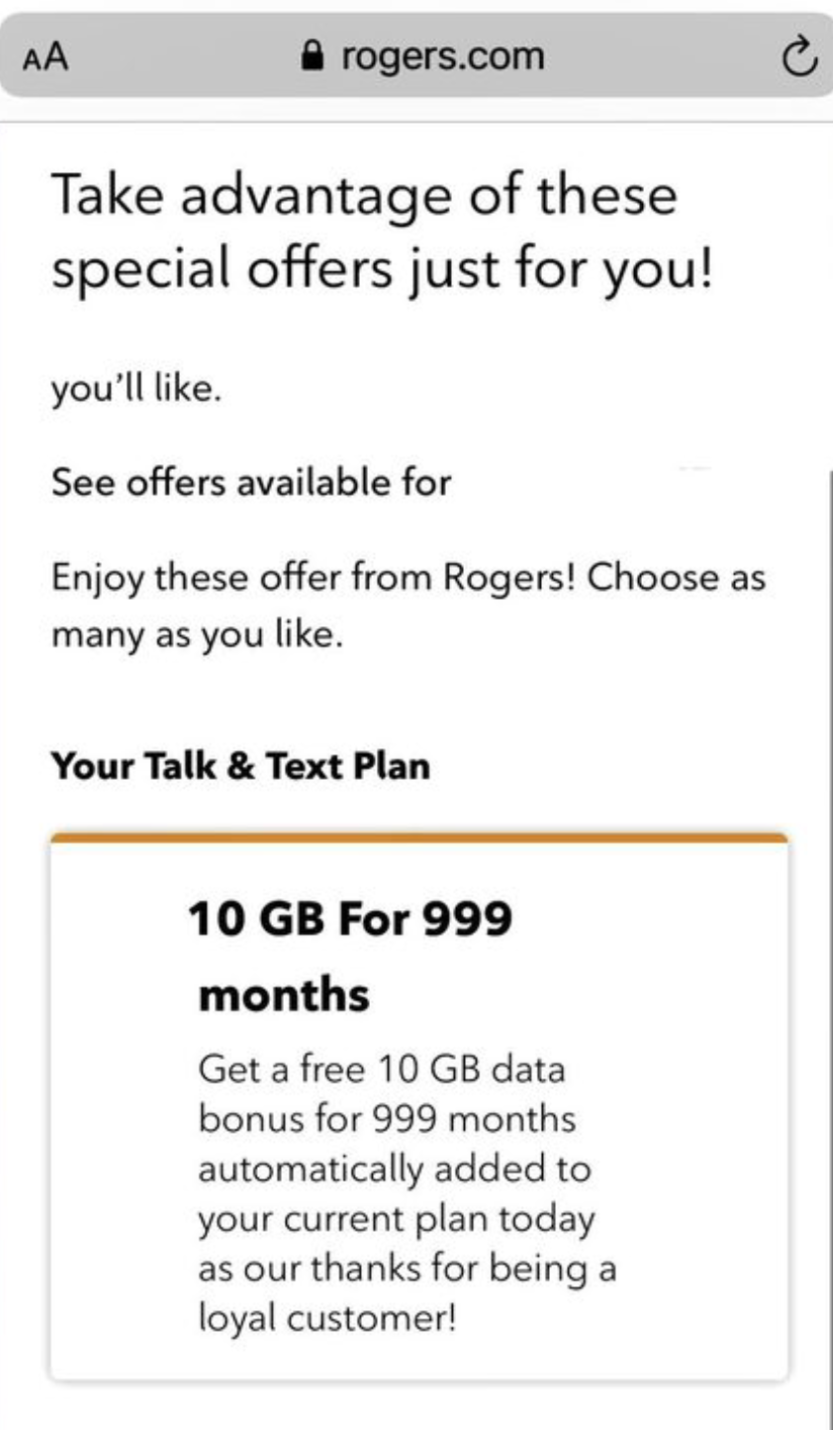 When checking your Rogers account online, some are seeing the message offering “10GB for 999 months”. The message reads, “Get a free 10GB bonus for 999 months automatically added to your current plan today as our thanks for being a loyal customer!”.

999 months is 83.25 years. I hope you get to pass your wireless plan onto your kids so they can enjoy this bonus data?

Others are also seeing just a 5GB data bonus added for free to their accounts.

Let us know if you’re seeing any free data added to your Rogers account in the comments.